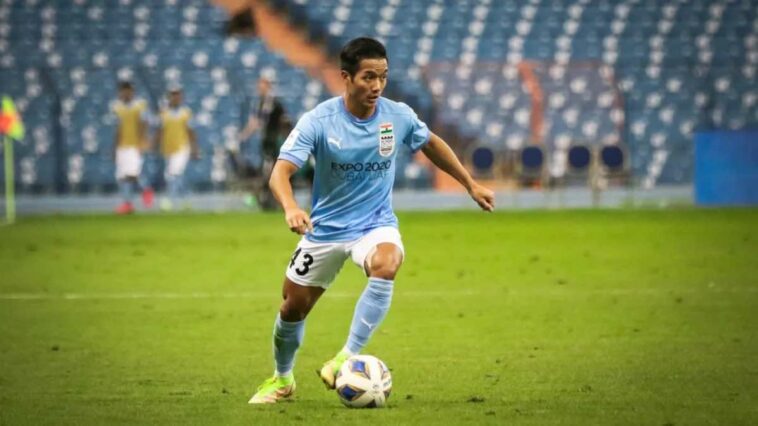 Ahead of the 9th edition of the Indian Super League (ISL 2022-23), Mumbai City FC announced the permanent signing of Lallianzuala Chhangte following his six-month loan spell. The 25-year-old winger joins the Club after putting pen to paper on a three-year contract with the Mumbai City FC.

After initially signing on loan from fellow ISL side Chennaiyin FC in January 2022, the Mizoram-born player turned out for the Islanders on seven occasions in the 2021-22 ISL season. He was also an integral part of the Club’s historic campaign at Asia’s premier club competition, the 2022 AFC Champions League, where he featured in all six Group Stage matches for Des Buckingham’s side.

Lallianzuala Chhangte said, “I am delighted and honoured to be a part of Mumbai City. One of the biggest reasons behind joining Mumbai City last season was to be a part of an ambitious club and to play at the highest level possible. I feel privileged that I was able to do just that representing our club at the AFC Champions League and being a part of history. It’s something that will forever remain special not only for me but for my teammates, our families, our fans and for football in India.”

“I’m grateful for all the faith and the support the coach Des Buckingham, the staff and the management have shown in me. I believe I am settled in already with my new family and that I have a lot more to offer to the team. This is the start of an exciting new chapter for me and I cannot wait to be in Mumbai and represent our club to the best of my abilities in front of our fans,” he added.

Des Buckingham, Head Coach, Mumbai City FC said, “At Mumbai City, we want to play an attacking and exciting style of football and Chhangte is a perfect fit. He is another young player whose ambition matches ours as a club in the upcoming season and near future. He has shown his qualities and has continued to try and develop his overall game in the short space of time we have worked together so far.”

“He has the attitude of a thorough professional and despite his vast experience at a young age, he wants to keep learning. Chhangte can go on to become an influential member of our team and he certainly has a bright future ahead of him. I am happy that he’s with us at Mumbai City,” he added.

Chhangte made his ISL debut in 2016 when he featured for NorthEast United, coming on as a substitute against the Islanders in the third edition of the ISL. Since then, Chhangte had 97 ISL appearances to his name and is the third-highest Indian goalscorer in the league’s history with 20 goals.