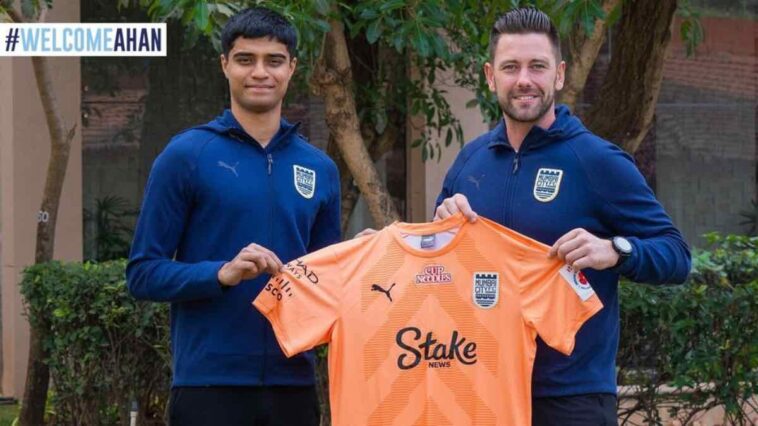 Mumbai City FC announced the signing of young goalkeeper Ahan Prakash during the ongoing season of the Indian Super League (ISL 2022-23). The 18-year-old joins the Mumbai City FC on a three-and-a-half-year contract that runs until May 2026.

Ahan Prakash said, “Mumbai City FC is one of the biggest clubs in India and it is an absolute honour for me to join them. To be around and to be able to learn from the very best footballers in the country will only help my growth and allow me to showcase what I can do. This is an opportunity I am ready to make the most of and I cannot wait to begin my journey with my new family in Mumbai.”

Des Buckingham, Head Coach, Mumbai City FC said, “Ahan is a talented goalkeeper and has shown real potential already in his young age. Here at Mumbai City FC, we are firm believers in working with and developing the best young talents in India. Ahan has shown his talent at youth level, both with his club and internationally while representing India. We look forward to helping him embed himself in the club’s environment to enable him to grow and realise his future potential.”

Ahan, who was born in Bihar but relocated to Bengaluru, represented Bengaluru FC’s U-13s and went on to represent Karnataka’s state team at the Sub-Junior National football tournament in 2017. In 2018, he was even named captain of the state side for the youth tournament. In 2020, Ahan joined the Indian Arrows and made his debut for the developmental side in January 2021 in the I-league.

Showing exponential growth after his debut, Ahan made seven more appearances until the end of the I League season in 2021. In his debut campaign, he showcased his prodigious talent as he became the youngest recipient of the Hero of The Match in the history of the I-league. At just 16 years of age, he also became the youngest captain in the history of the I-League when he led the Indian Arrows to a 3-0 victory against NEROCA on March 6, 2021.

Ahan Prakash has also gradually established himself in the Junior National Team setup. He was called up to the India U-15 squad at the Torneo Delle Nazioni in Italy back in 2019 but made his first appearances for India for the U-17s at a Tri-Nation Series in Dubai and the Future Champions Tournament in Johannesburg.