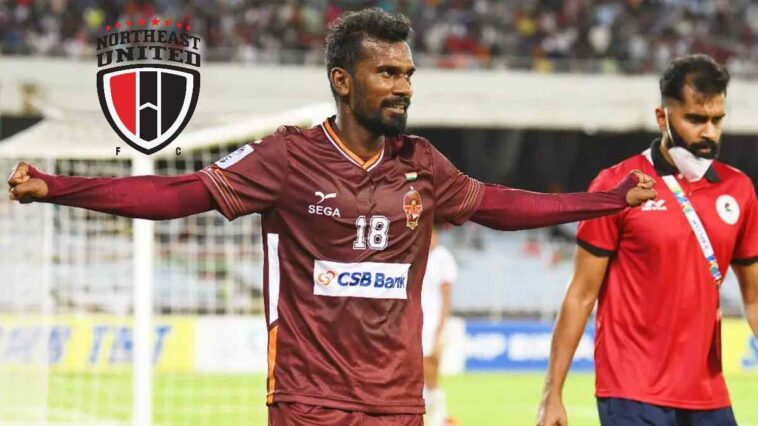 NorthEast United FC have completed the signing of midfielder Jithin MS from Gokulam Kerala FC ahead of the upcoming season of the Indian Super League (ISL 2022-23), the club announced the signing via their social media handles on Thursday.

Jithin was a vital cog in Gokulam Kerala FC’s back-to-back I-League triumphs in the 2020-21 and 2021-22 seasons and was awarded the Best Midfielder of the I-League in the latest campaign.

Jithin started out with FC Kerala before moving to the reserve team of Kerala Blasters FC. Making his ISL debut with Kerala Blasters FC in 2018, Jithin barely played a few minutes and spent most of his time with the reserve side following a move to Gokulam Kerala FC where he excelled instantly and shot up the ranks.

The midfielder also played an integral role in the Kerala side that won the Santosh Trophy in Bengal in 2018, his five goals paved the way for his side’s title triumph.