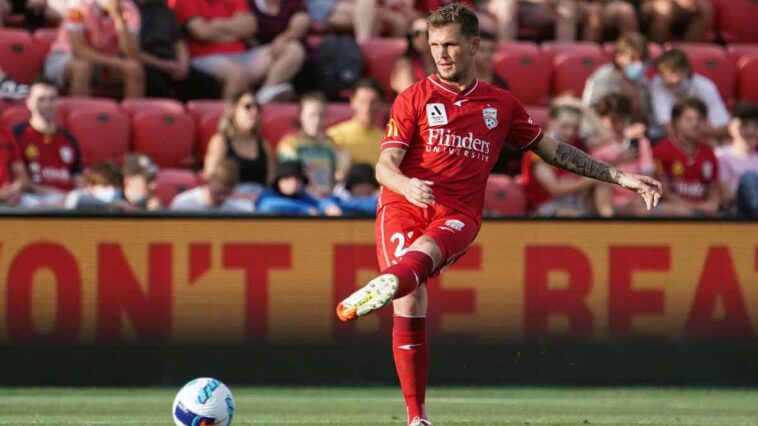 NorthEast United FC have signed Danish defender Michael Jacobsen ahead of the upcoming season of the Indian Super League (ISL 2022-23), the club announced the signing through their social media handles on Thursday.

Jakobsen joins the list of Jon Gaztanaga, Emil Benny, Jithin MS, and Arindam Bhattacharya in the summer arrivals for NorthEast United FC and will be a crucial element for the Marco Balbul-led side.

The defender began his professional career with Dutch club PSV Eindhoven and since then has represented top-tier Danish clubs in Europe such as FC Copenhagen and Esbjerg fB.

After plying his trade with several Danish clubs, the 26-year-old moved to Melbourne City FC from Esbjerg fB in 2016 followed by another move to Adelaide United in 2018.