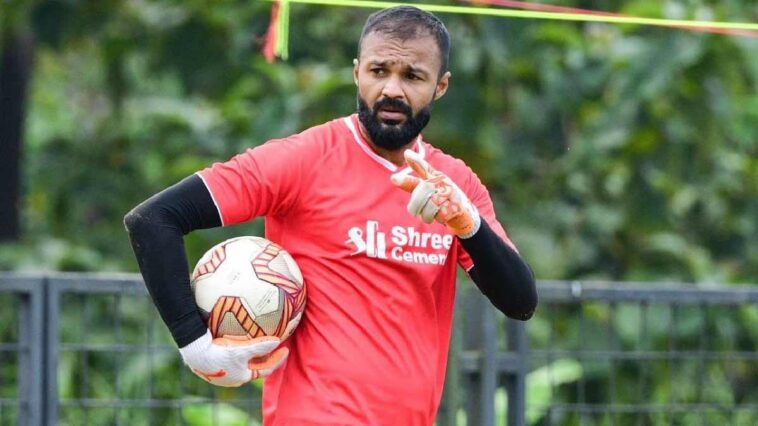 NorthEast United FC have completed the signing of veteran goalkeeper Arindam Bhattacharya ahead of the upcoming season of the Indian Super League (ISL 2022-23), the club announced on Tuesday.

Bhattacharya who has played in every ISL season so far has featured in 90 matches in the competition. The 32-year-old has played for the two Kolkata giants and will now turn up for the Highlanders next season as part of Marco Balbul’s project.

With Bhattacharja’s arrival, there will be healthy competition for the position in goal at NorthEast United FC with Mirshad Michu performing well in the role last season.

“We are very happy to have a top-quality goalkeeper like Arindam in our squad. He is very experienced. He will lead us from the back and help the team to reach our goals this season,” NorthEast United FC technical director Ohad Efrat commented on the signing.

Bhattacharya started his career at Churchill Brothers where he played for five seasons before moving to Mohun Bagan. He then returned to Churchill Brothers for a season before signing for FC Pune City. After three seasons at the club, he joined Mumbai City FC for a season before signing with ATK FC. He has since plied his trade in Kolkata also featuring for ATK Mohun Bagan and SC East Bengal.

The goalkeeper won the Golden Glove award in the 2019-20 season when he kept ten clean sheets for ATK Mohun Bagan as he helped them reach the ISL final.