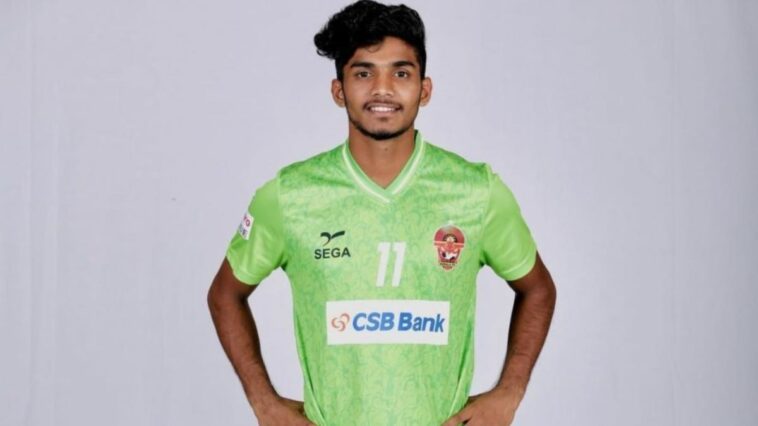 NorthEast United FC have secured the signing of midfielder Emil Benny ahead of the upcoming season of the Indian Super League (ISL 2022-23). Benny is the team’s second signing of the transfer window after they signed Jithin MS last week.

Like Jithin, Benny also joins from I-League champions Gokulam Kerala and comes after two solid seasons with the Kerala side who won back-to-back I-League titles in the last two years.

He made 32 appearances for Gokulam Kerala and scored four times while also gaining experience of playing in the AFC Cup.

“We have been keeping an eye on Emil for the last two seasons in the I-League, where he was one of the emerging players of the league,” Ohad Efrat, NorthEast United FC’s Technical Director said reacting the new signing.

“He is a phenomenal talent with the potential to become a member of the national squad in the upcoming seasons. We have high hopes on him,” he added.