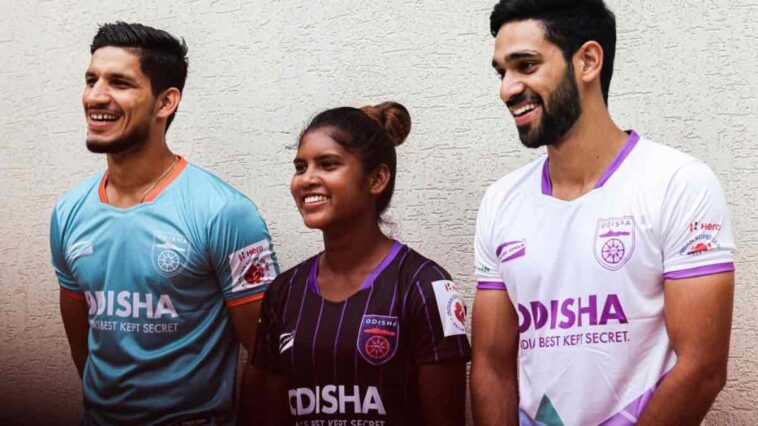 Odisha FC announced three new kits for the upcoming season of the Indian Super League (ISL 2022-23); the home kit, a black jersey with purple trim; the second kit, inspired by the Olive Ridley turtle; and the third kit, an ode to the murals on the streets of Bhubaneswar.

The event took place on Friday at KiiT University’s Chess Hall on Campus 15 and was hosted by RedFM’s RJ Smita. Dancing sensation, Sailendra Samantaray kicked off the event with an energetic performance.

Club President Raj Athwal announced that the Club recently launched its Community Program and outlined the Club’s ambitions for the near future.

Men’s Head Coach Josep Gombau is eager to build a competitive team alongside the newly created Women’s Team and said, “A team without fans is not a team.”

The players walked out onto the stage in the Club’s new kits, after which General Manager Abhik Chatterjee thanked the guests, sponsors, and staff. The Club will hold one more event on Saturday, 13th August at Esplanade One Mall in Bhubaneswar before the players head off for the Durand Cup to kick off the new season.