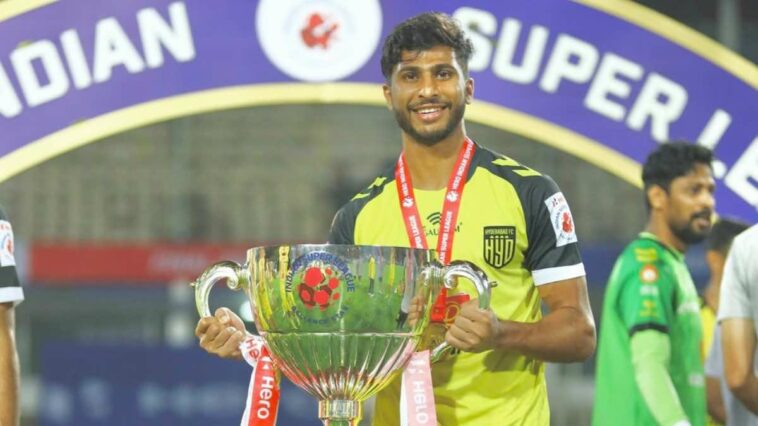 In the ongoing season of the Indian Super League (ISL 2022-23), Odisha FC announced the permanent move of Aniket Jadhav from East Bengal FC for an undisclosed fee which will keep him at the club till 2024.

On completing his move Aniket said, “It’s a tremendous honour and pleasure to wear OFC’s jersey for the upcoming games this season. Thank you, Odisha FC, for believing in me and allowing me to represent this phenomenal club and the people of Odisha.”

Aniket was born in Kolhapur, Maharashtra. Jadhav was part of the AIFF Elite Academy batch that was preparing for the 2017 FIFA U-17 World Cup to be hosted in India.

After the tournament, he was selected to play for the Indian Arrows. He made his professional debut for the side in their first match of the season against Chennai City. He started and scored a brace as the Arrows won 3–0.

Jadhav was invited to join Blackburn Rovers for a 3-month training spell at their academy in 2019.

In 2021, Aniket Jadhav was signed by Hyderabad FC. In ISL 2021-22, he scored twice and provided an assist thrice while making 20 appearances for Hyderabad FC, helping them lift the coveted ISL title trophy.

In March 2022, Jadav was called up for the national squad by coach Igor Štimac ahead of India’s two friendly matches against Bahrain and Belarus.