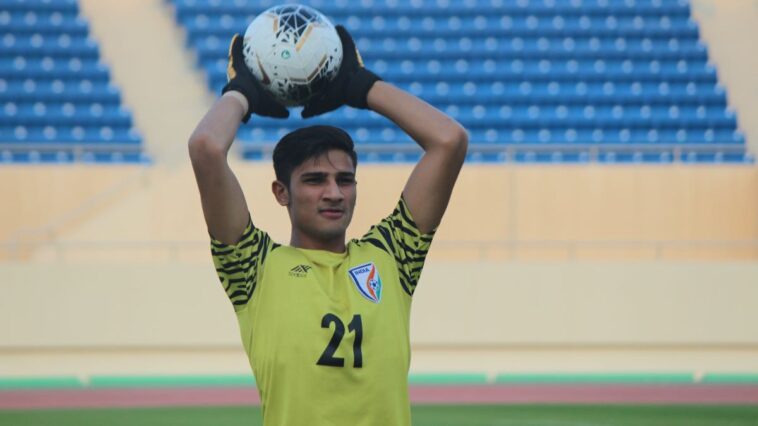 Ahead of the upcoming season of the Indian Super League (ISL 2022-23), Odisha FC announced the signing of goalkeeper, Niraj Kumar from Rajasthan United FC for an undisclosed fee. The 19-year-old will join Odisha FC on a three-year deal.

Niraj Kumar impressed the India U-16 set-up. The custodian captivated the collective attention of the nation owing to some splendid performances in the AFC U-16 Championships in Malaysia in 2018 and was part of the U-19 India team in the Granatkin Memorial International Football Tournament in St. Petersberg, Russia.

He has also played for Ozone FC in the I-League second division.

Niraj made headlines when he was a crucial member of the Indian National Team’s junior men’s squad at the mere age of 16. The shot-stopper had a brilliant individual campaign with impressive performances against Iran and South Korea at the AFC U-16 Championship in Malaysia in 2016.

Of note the young goalkeeper’s efforts versus an Iranian team that India had not registered a point against in 33 years. Niraj made some incredible saves and saved a crucial penalty in a 0-0 draw. The team eventually went 337 minutes without conceding a goal in the tournament.