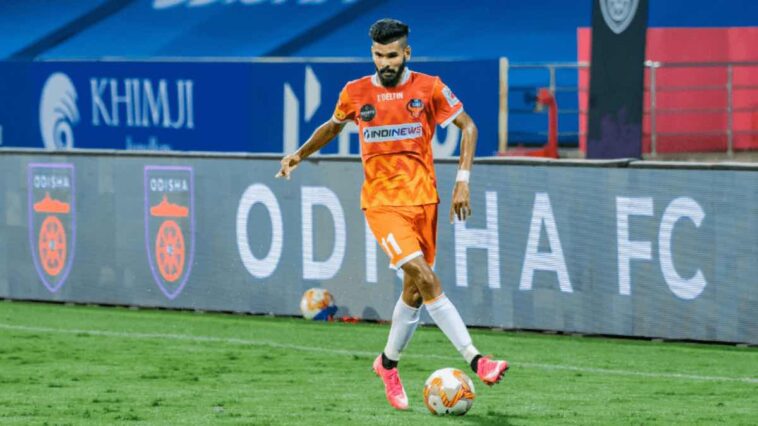 Ahead of the ninth season of the Indian Super League (ISL 2022-23), Princeton Rebello has extended his stay with FC Goa by putting pen to paper on a new multi-year contract.

After making 17 appearances in the orange of FC Goa last season in the Indian Super League (ISL), Rebello has now committed his future to the Gaurs by signing a deal to stay at the club until the summer of 2024.

Speaking after signing on the dotted line, the 23-year-old said, “This is a huge moment of pride for me and my family. I joined FC Goa five years ago with the goal of getting better each day and eventually playing in the first team one day. That has been my reality for two seasons now but I’m aware that I’ve got lots left to do.”

“I’m really looking forward to the coming seasons and working towards making an impact in the side. I hope to stay for a long time to come and achieve lots of success with the club,” he added.

Speaking regards to the same, he said, “Princeton Rebello has always been earmarked as someone with the potential to make it big not just for club but also country. The last two seasons have seen him gain some valuable minutes on the pitch and the intention is to build on that.”

“We’ve identified a clear career path for him and it’s imperative now that he makes the step up and makes himself a player that goes into reckoning for the national team in the seasons to follow. We have high expectations of him and with the coaching staff on board to help his progression, we hope to see him take that leap to the next level,” he added.

An inaugural member of the FC Goa Development Team that was launched in 2017, Princeton was one of the key players of the Dev Team that won the Goa Pro League in 2018-19.

The current India U23 international was also instrumental in helping the Gaurs finish unbeaten in their inaugural challenge in the Durand Cup 2019.

Later the same year, Rebello made his debut in the ISL. In the 2020-21 season, he was handed his first start for the club in the league.