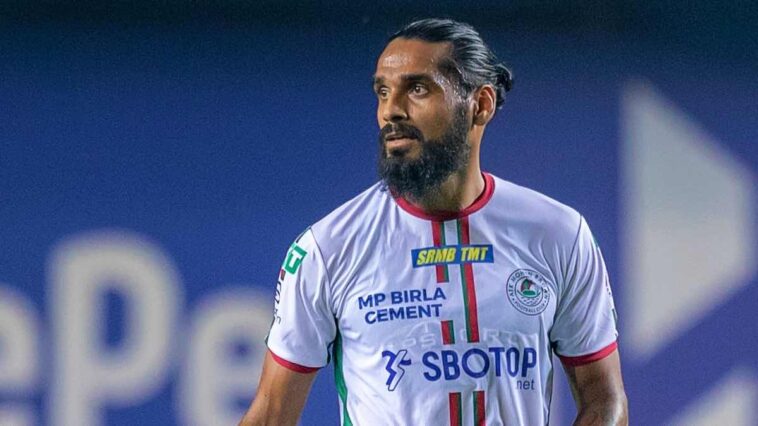 Ahead of the ninth edition of the Indian Super League (ISL 2022-23), defender Sandesh Jhingan ends his journey with ATK Mohun Bagan after spending half a season with the Mariners, the club announced his departure through their social media handles, on Thursday.

Juan Ferrando’s men glided to the semi-finals of the ISL 2021-22 season on the shoulders of Sandesh Jhingan alongside Tiri, Pritam Kotal and Subhasish Bose.

The defender left for Croatian top-tier club HNK Sibenik after the culmination of ISL 2020-21. But an injury-marred campaign crippled his move to the club following which Jhingan rejoined the Kolkata-based club.

Making his ISL debut with Kerala Blasters FC, the centre-back was adjudged as the Emerging Player of the League in the inaugural season in 2014.

The centre-back, who was named AIFF Player of the Year for the 2020-21 campaign, is also an Arjuna Award winner. Jhingan has built his reputation over the years by plying his trade for big clubs such as Kerala Blasters FC and Bengaluru FC.

Jhingan made nine appearances for the Mariners in ISL 2021-22, making 30 clearances, 25 tackles, 14 interceptions, and 13 blocks along with a passing accuracy of 86%.