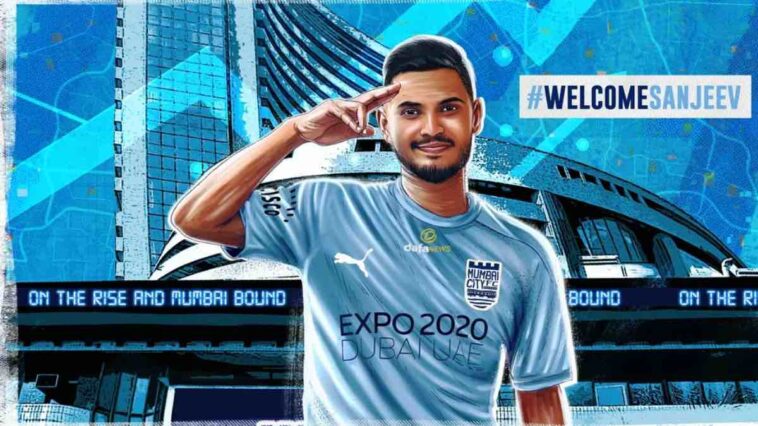 Ahead of the ISL 2022-23, Mumbai City FC confirmed that the club has agreed on a deal with Kerala Blasters FC for the transfer of defender Sanjeev Stalin for an undisclosed transfer fee. The 21-year-old joins the Islanders on a four-year contract until May 2026.

On signing Sanjeev Stalin said, “It’s a big step for me to join Mumbai City at this stage of my career but it’s one that I am confident about. When the opportunity to join one of the biggest clubs in India came knocking, I knew I had to grab it with both hands. I am looking forward to learning from my peers, seniors and coach Des Buckingham.”

“I also would like to thank the Mumbai City management for showing faith in me and providing me with this wonderful opportunity and I cannot wait to get started and repay the trust put in me by the club and the fans,” he added.

Des Buckingham, Head Coach, Mumbai City FC said, “Sanjeev is certainly one of the most exciting talents in the country. He possesses excellent technical and tactical abilities and can add a lot to our squad. At just 21, he’s not only played at the highest level in India but has the invaluable experience of playing in Europe as well. His signing allows us to add another dimension to our playing style and compliments the players we already have in the same position.”

“Sanjeev will play an important role within our team next season and has the ability to also compete for a place within the national set as well and I wish him the very best,” he added.

A product of Chandigarh Football Academy, Stalin rose through the ranks of the AIFF Elite Academy and went on to represent India at the 2017 FIFA U-17 World Cup. He also represented India at the U-20 level.

Thereafter, he featured for I-league side Indian Arrows, making 28 appearances in two seasons. He then moved to Portugal in 2019, where he played for Deportivo Aves U-23 side and had a loan stint with the third division club Sertanense.

The Bengaluru-born player joined Kerala Blasters in March 2021 and made his debut for the club at the 2021 Durand Cup. He made eight appearances in his debut ISL campaign in the 2021-22 season.