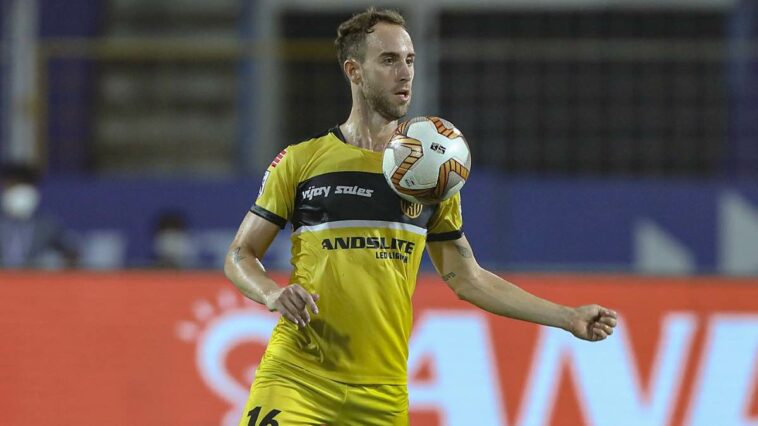 Indian Super League Champions Hyderabad FC have further strengthened their squad ahead of the upcoming season of the Indian Super League (ISL 2022-23) with the signing of Spanish center-back Odei Onaindia, the club announced on Thursday.

Odei, who was part of the squad in the 2020-21 season, returns to the side where he played a crucial role in what was a new-look young team, back then.

“I have really good memories with this team and I am really excited to be back with them again. We were a family and I can’t wait to get back on the field,” said Odei after penning a one-year contract with the club.

“Odei was with us in the 2020-21 season and he knows everything not just about the ISL but about our club too. He is a great defender, is fast and is very good tactically. He is an example for everyone as a professional and is a very good teammate as well. We are very satisfied to have him here with us again,” said Hyderabad FC head coach Manolo.

Born and brought up in Lekeitio, Spain, the 32-year-old started out with Athletic Bilbao before making a name for himself with CD Mirandes in the Spanish second division.

Odei made 62 appearances for Los Rojillos, playing a crucial role in their promotion and also taking the side to a Copa del Rey semi-final in the 2019-20 season.

He moved to the Indian Super League to join Manolo Marquez’s Hyderabad FC in 2020 and had a season to remember as HFC only narrowly missed out on a place in the playoffs.

Odei started every game for the club in the 2020-21 campaign and was lauded as one of the best centre-backs the league has ever seen. He hardly put a foot wrong throughout the campaign but returned to the Segunda Division with Mirandes just a year later.

Odei was the captain of the Mirandes side last season, where he made 27 appearances in what was a tough campaign for the Spanish side.