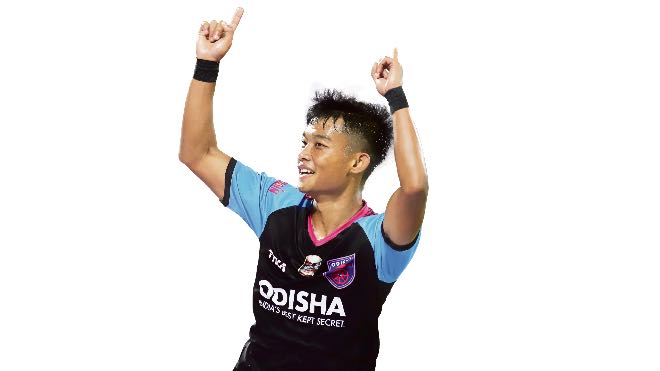 The winger from Mizoram, Jerry Mawihmingthanga have signed a long term contract extension with the Odisha FC.

The 24-year-old winger, with five assists from 17 games, recorded the maximum number of assists by an Indian in the ISL 2020-21 season. In addition to that, he also scored two goals. Jerry played 34 matches in two seasons for Odisha FC scoring four goals and providing 10 assists in total and bagged the FPAI Young Player of the Year Award for 2019–20 season as well. He had also represented ISL clubs – NorthEast United FC and Jamshedpur FC after starting his career at DSK Shivajians Academy.

Speaking on the development, Odisha FC CEO Rohan Sharma said, “I honestly can’t put into words how happy I am Jerry is staying at the club. Since he’s arrived at the club he’s been an outstanding player and lights up the room whenever he’s around. I know family is very important to Jerry and my goal is for Odisha FC to keep being his home away from home until the day he retires from football after winning many trophies for both the club and the national team. I would like to thank Jerry and the Mawihmingthanga family for the constant support.”

“We are delighted Jerry has committed his long term future to the club. He was one of the standout players last season and is integral to our ambitions of building a side competing for honours. There will be further exciting news being announced shortly which I am sure will delight our supporters,” explained Club President Raj Athwal.

After signing the contract extension, Jerry expressed, “I am very happy that I will continue playing for Odisha FC. I have always enjoyed my time at the club and am looking forward to the same in my upcoming days with the team. I am extremely thankful to the club management for their continuous support and would want to make the club and its fans proud with some good performances in the future.”