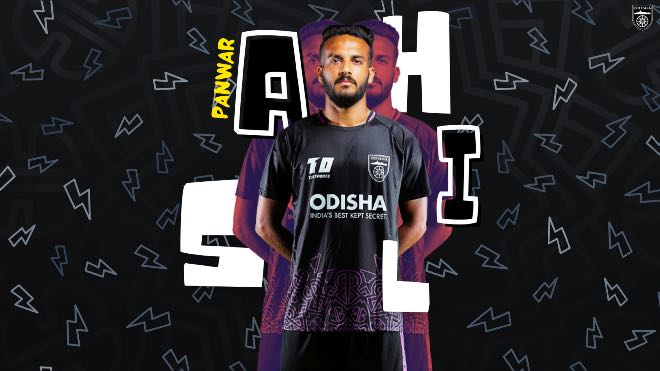 Odisha FC has completed the signing of defender Sahil Panwar from Hyderabad FC for an undisclosed transfer fee. The 21-year-old has signed a two-year deal with an option to extend for a third year with the Odisha FC. The move shall officially be completed once the Indian transfer window opens this summer.

An India Youth International, Panwar, who joined Hyderabad FC in 2019 has 15 appearances for Hyderabad FC. He was a regular in the Hyderabad FC first team at left-back in the 2019-20 season, but saw limited game time in the ISL 2020-21 season.

Expressing his delight, Sahil mentioned, “Odisha FC is a club which always promotes young footballers. I am extremely delighted to sign here and looking forward to playing for the club. I wish to play for India and hope the club provides me an opportunity to show my potential in the upcoming season of the ISL.”

Speaking on the new signing, Odisha FC CEO Rohan Sharma commented, “We are happy to welcome Sahil to the club. Despite his young age, we see him as a veteran having played in the ISL for the last couple years. We think OFC will be a good place for him to compete to make an impact on defence.”

“We are delighted Sahil has agreed to join Odisha FC. He is one of the most promising defenders in the country and I’m sure his quality will be an asset to the team,” Club President Raj Athwal Said.

After making his professional debut for FC Pune City in the fourth edition of the ISL, the Dehradun-born left-back played for Pune City and Hyderabad FC in 37 matches. He has represented the country in various age-group tournaments and also captained Team India in the 2017 SAFF (South Asian Football Federation) U-18 Championship.