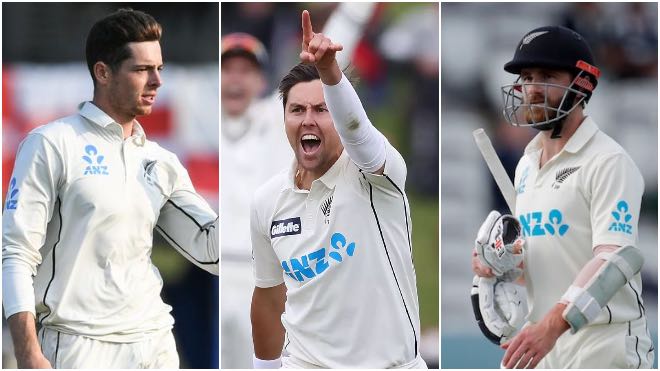 New Zealand will be playing the second test against England at Edgbaston in Birmingham on 10th June. Before the test, some changes are going to happen in the playing 11 according to the updates given by New Zealand Head Coach Gary Stead.

According to Gary Stead, New Zealand will not be including all the pacers who played the first test at Lords which means Tim Southee, Kyle Jamieson and Neil Wagner are likely to miss the Edgbaston Test. This would make the way for Doug Bracewell, Matt Henry and Trent Boult who is likely to make his comeback in the Playing 11.

Left Arm spinner Mitchell Santner ruled out due to the cut on his left index finger. This can bring Ajaz Patel, the left-arm spinner in the playing squad. Skipper Kane Williamson’s left elbow picked up a niggle so it will be under the scans and the decision is to be made today.

New Zealand had a good outing in the Lord’s test. Devon Conway had a sensational debut at the Mecca of Cricket and scored his maiden double ton on his test debut in the first innings. Tim Southee was excellent as he got his 6 wicket haul and Kyle Jamieson with his 3 wickets. But in the end, the test match was drawn.

The series is now open as both the teams will try their level to win the last battle in Birmingham.