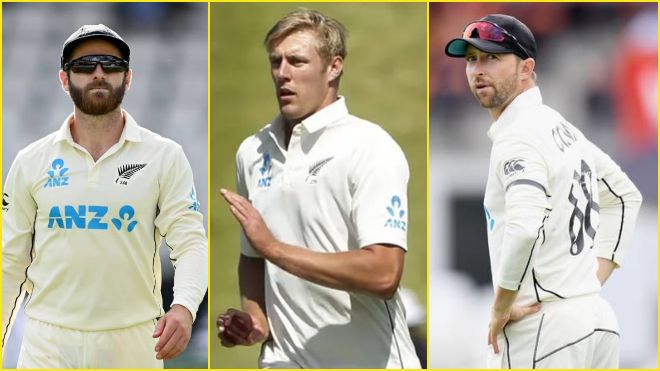 New Zealand players are getting lots of bonanzas for their incredible performance in the WTC finals. Kane Williamson once again reclaimed his top position in ICC Test batsmen rankings. Williamson performed great in both the innings of the ICC WTC Final. He scored 49 runs and 52* runs in the first and second innings respectively.

This performance helped him to get to the point of 900-mark and ten points ahead of Steven Smith. Marnus Labuschagne, Virat Kohli, and Joe Root are on the 3rd, 4th, and 5th rank respectively. Another Kiwi batsman Ross Taylor had a gain of three spots, currently standing at 14th position.

The new heroes of New Zealand, Devon Conway and Kyle Jamieson also reached their career-best rankings. Conway who was the highest scorer in the 1st innings for New Zealand rises to 18 places and ranked at No.42. Jamieson, who was the player of the match in the final moved up to his career-best ranking of 13th. He got 7 for 61 in the final. Trent Boult moved to 13th rank from 16th.

Looking at the Indian perspective, Ajinkya Rahane moves up to 13th rank from 16th in test batsmen rankings. Ravindra Jadeja slipped to No.2 position in the ICC Test all-rounder rankings. He recently moved up to the top position. Now, Jason Holder from West Indies is at the top spot in this rankings. Australian Pacer Pat Cummins is still at the top position in ICC Test bowler rankings, followed by Ashwin, Southee, Hazlewood, and Wagner.