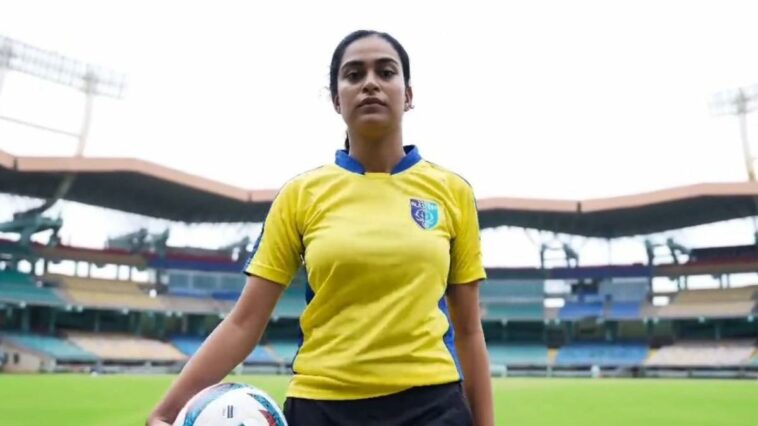 Kerala Blasters announces the launch of the Senior Women’s Team

Kerala Blasters FC have announced the launch of their senior women’s team. The squad will participate in the upcoming Kerala Women’s League organized by Kerala Football Association (KFA) and compete to win the title and qualify for the IWL. In the next 2 – 3 years, the club also aims to represent the country at the AFC level.

Kerala Blasters’ vision is to work towards the contribution of local players to the national squad. Apart from the Indian International players, the club has more local talents, which marks an important milestone in the growth and development of women’s football in the State. The squad will be revealed in a separate announcement shortly.

The Kerala Blasters’ entry into women’s football has always been a clear ambition for the Club. Earlier Rizwan was designated as the Director of Kerala Blaster’s Academy and Women’s Team. The club has roped in coach and former player Shereef Khan AV as the first Head Coach of the Women’s team on a long-term contract.

“For Kerala Blasters FC, this project has been in the works for quite a while. As of today, Kerala has no representation in the Indian National team. This scenario should be changed. We have the vision to work towards that and develop our players into that calibre. KBFC contributing to that will be huge and as a club, our influence towards that will be very crucial,” said Rizwan, Director Kerala Blasters FC Academy and Women’s team.

Kerala Blasters FC already has girls participating in its Young Blasters-Sporthood program. Turning that into an age category group and giving them a chance to represent KBFC in District and State level tournaments is also part of the club’s long-term plan. Based on their performance the young talents may be promoted to the senior team as well. Meanwhile, ahead of the Kerala Women’s League commencing in August, the Kerala Blasters women’s team will train at the Jawaharlal Nehru International Stadium, Kaloor. The League is scheduled at various venues in the State.