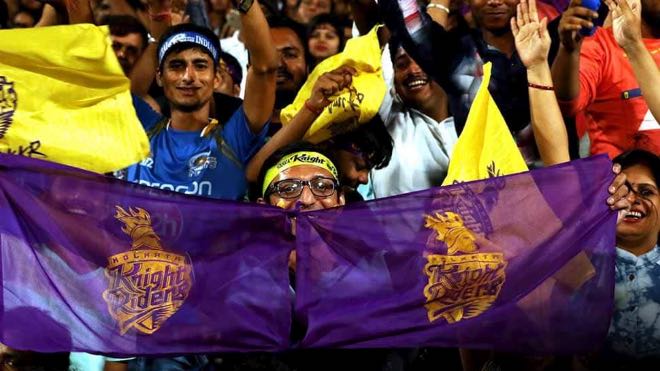 Knight Riders group is owned by Bollywood actors Shah Rukh Khan and Juhi Chawla along with her husband Jay Mehta.

Knight Riders Group has entered into a long-term strategic partnership with American Cricket Enterprises (ACE), the group that obtained the rights to conduct the tournament from USA Cricket, an affiliate of the International Cricket Council and also pledged US$1 billion to help develop the sport in the country.

As part of the partnership, Knight Riders Group will help strategically ACE to run the league and will also include financial investment, the value of the investment is not yet disclosed.

Major Cricket League will be a city-based competition and will have six teams based in New York, San Francisco, Washington DC, Chicago, Dallas, and Los Angeles. For the start the tournament will be played around six venues Fort Lauderdale, which has hosted international cricket in the past; a Dallas-based baseball ground that will be repurposed; and one in Morrisville, North Carolina.

With investing in the league, Knight Riders Group has acquired the Los Angeles franchised and named it LA Knight Riders. Knight Riders has managed to obtain the ‘Indian exclusivity’, which means no team from the Indian Premier League can be part of the MLC for at least five years.

“For several years now, we have been expanding the Knight Riders brand globally, and closely watching the potential for T20 cricket in the USA. We are convinced that Major League Cricket has all the pieces in place to execute on its plans and we look forward to making our partnership an enormous success in the coming years,” Khan said in a statement to Mumbai Mirror.

“Our expansion into the US market is consistent with our long-term strategy. We look forward to the new challenge of building cricket in the world’s most sophisticated sports and media market. We believe that we can bring a huge amount of expertise to help make the Major League Cricket realise the potential that it undoubtedly has,” Mysore said to Mumbai Mirror.

“Lots of people say we are the only global brand in T20 cricket, and we take a lot of pride in that. That was always our vision. The IPL is for two months, and maybe a month leading up to that, but what do you do to keep your brand alive the rest of the year,” Mysore said to ESPNCricinfo.

“The vision is to build the business at a global level, and own two, three, four, five franchises around the world, and build them on the mother brand of Knight Riders, and use a common template and model about how you operationalise the business, how you do your branding, your sponsorship deals, your merchandising deals, etc,” he added.