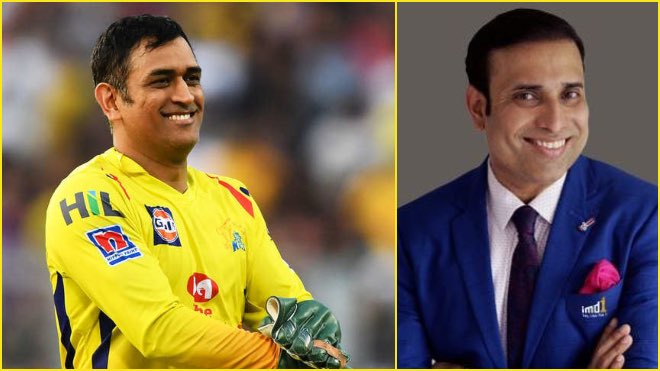 MS Dhoni will probably play in the next couple of IPLs: VVS Laxman

With the Indian Premier League on the verge of postponement, there were also of former captain MS Dhoni retirement. While for Indian player VVS Laxman has praised MS Dhoni and thinks he is supremely fit and will play next couple of IPLs.

“I think, playing for CSK will keep him going because he’s supremely fit and age is just a number, and especially when someone like MS Dhoni is not only physically fit, but mentally very astute as a captain as a leader he enjoys leading the CSK franchise,” Laxman said while speaking to a channel.

“He’s been very successful doing that and as far as Dhoni’s cricket is concerned, I’m sure you’re looking forward to watch him play in the IPL,” added.

“Not only this IPL, he will probably play in the next couple of IPLs, and then we will take a call about his future as a cricketer,” he added.

Speaking about MS Dhoni future roles in Indian Cricket Team, Laxman said that the selection committee and MS Dhoni has to communicate. MS Dhoni has played his last match in 2019 ICC Cricket World Cup after that he is not available for selection nor announced his retirement.

“The new selection committee will have to sit down with MS Dhoni and understand his future, as far as Indian cricket is concerned. But MS Dhoni will continue to play for CSK and do well for CSK,” said Laxman.