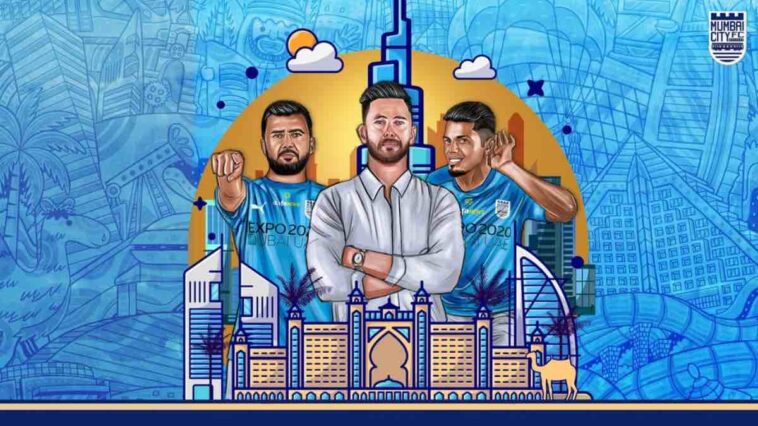 With a new footballing season on the horizon, the Mumbai City FC squad along with the staff will travel to Dubai to take part in a pre-season training camp as a part of the First Team’s preparations for the upcoming 2022-23 season.

Mumbai City FC will fly out on the 24th of July to the United Arab Emirates and will set up their base in Jebel Ali, Dubai in a 19-day training camp starting from 25 July until 12 August.

Des Buckingham’s Mumbai City ended the 2021-22 season by creating history at the 2022 AFC Champions League, becoming the first Indian club to win a game in Asia’s premier club competition. Building on, the Islanders are eager to kickstart their pre-season training to prepare for what will be the longest season in recent times in the Indian footballing calendar.

“I am extremely proud and happy with how we started and finished last season, especially in the AFC Champions League. To finish second in the group stage and showcase our attacking style of play was enjoyable to all associated with the club and showed that Indian football can compete and win at the highest level of club football in Asia,” said Head Coach, Des Buckingham ahead of the team’s sojourn in the UAE.

“As we enter the new season we will look to continue the momentum from this historic campaign as we start our pre-season in Dubai. We have a very young squad here at Mumbai City – the average age of our domestic contingent is just 23 and have added some further quality and experience in the off season. We want to give our squad a platform and an environment that is conducive to their growth and development to prepare the whole team as well as possible for what will be an exciting season starting with the Durand Cup in August,” added the 37-year-old Englishman.

The preparations will focus on getting the team ready for the 131st Durand Cup, set to begin on August 16, which will mark the start of the new domestic football season in India. Club CEO Kandarp Chandra outlined the objectives behind the team’s training camp in Dubai with the focus set on picking up from where the club left off last season.

“Our vision for the upcoming season is clear – we want to build a team that can compete and compete well. With the expertise we have at our disposal, I believe we have put together a squad that can do just that. Des and his staff are determined to bring the best out of this incredibly talented playing group and take the club to newer heights. There is a desire to build on from last season and our pre-season camp in Dubai will lay the foundations of what we hope will be a successful season for Mumbai City, starting with the Durand Cup later in August,” asserted Chandra.

Mumbai City will begin the 2022-23 season with the 2022 Durand Cup. Drawn in Group B with ATK Mohun Bagan, East Bengal, Rajasthan United and Indian Navy, the Islanders will kick off their maiden appearance in Asia’s oldest football competition against the latter on August 18, 2022 at the Kishore Bharati Stadium in Kolkata.