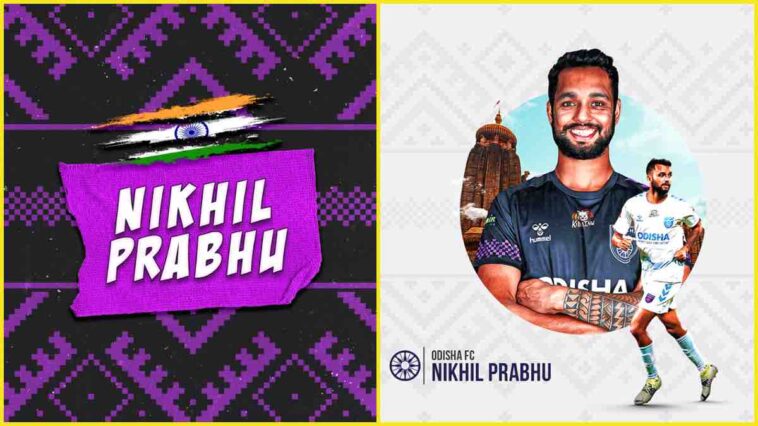 Ahead of the 9th season of the Indian Super League (ISL 2022-23), Odisha FC announced that Nikhil Prabhu has completed a permanent move from Hyderabad FC for an undisclosed fee.

Nikhil Prabhu joins Odisha FC on a 2-year deal with an option to extend for a further year. He joined the Juggernauts on loan in December with the option of a permanent transfer.

The Hyderabad-born defender started his career in Gujarat at the age of nine but moved to Mumbai and captained the U16s and the U18s state sides before joining Mumbai FC in 2017. During this time, Nikhil was named the ‘Best Defender’ on a fair few occasions like in the U17 Maharashtra State Championship and the MDFA Super Division.

He continued to impress in various competitions like the Khelo India games, MDFA Elite Division, and the Santosh Trophy. Last year, he captained the Hyderabad FC side in the 2nd Division League and is a part of the first-team squad for the 2020-21 Indian Super League campaign.