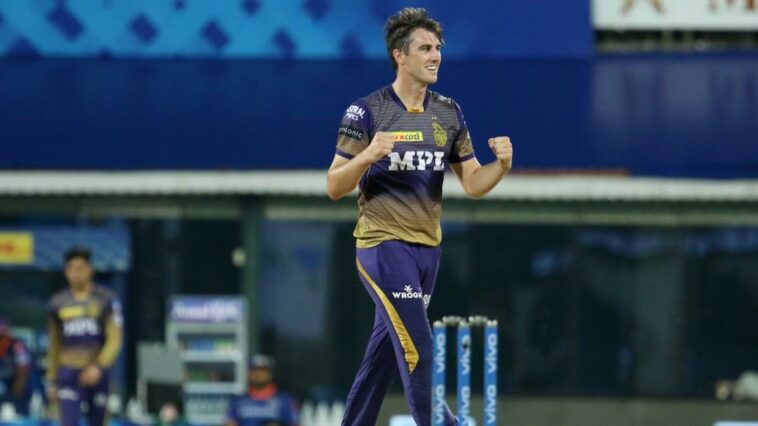 Australia’s ODI and Test captain Pat Cummins has pulled out of the upcoming edition of the Indian Premier League (IPL 2023) for Kolkata Knight Riders (KKR).

Cummins has chosen not to be retained for the IPL 2023 as he has withdrawn from the whole season owing to packed scheduling next year.

“I’ve made the difficult decision to miss next year’s IPL. The international schedule is packed with Tests and ODI’s for the next 12 months, so will take some rest ahead of an Ashes series and World Cup,” Cummins wrote on Twitter.

“Thanks so much to @KKRiders for their understanding. Such a terrific team of players and staff and I hope I can get back there ASAP,” he added.

Cummins signed one of the richest deals for an international player in 2020 when the Kolkata Knight Riders signed him for more than Rs 15.5 crore.

Pat Cummins has become the second KKR player to opt out of IPL 2023, as English wicket-keeper batter Sam Billings also decided to miss IPL 2023 to ‘focus on longer format’.

With two KKR players opting out, KKR seems to be most active in the IPL 2023 trading window. KKR have traded in Lockie Ferguson and Rahmanullah Gurbaz from Gujarat Titan. While traded, Shardul Thakur from Delhi Capitals for Aman Khan.