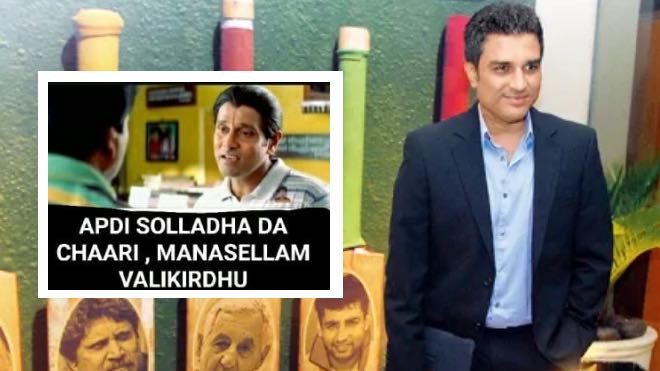 The hilarious saga between Ravichandran Ashwin and commentator Sanjay Manjrekar has taken yet another turn. Both individuals are going back and forth over a very funny incident.

It all started when Sanjay Manjrekar first said that Ashwin is not a cricket legend. According to him, Ravichandran Ashwin has still got a long way to go before being called ‘one of the greats’.

Sanjay Manjrekar created a stir with his controversial comments on Ashwin. Moreover he said that Ashwin cannot be considered a great as he has no 5 wicket haul in SENA (South Africa, England, New Zealand and Australia) countries.

“When people start talking about Ashwin as being one of the all-time greats of the game then I have a few problems. One basic problem I have with Ashwin is that when you look at SENA countries, Ashwin doesn’t have a single five-wicket haul there,” Manjrekar said.

And the other thing when you talk about him running through sides on Indian pitches that are suited to his kind of bowling is that in the last four years, Jadeja has matched him with wicket-taking abilities. Then, interestingly, in the last series against England, Axar Patel got more wickets than Ashwin on similar pitches,” he said.

However instead of reacting angrily Ashwin posted a hilarious meme as his response. Ravichandran Ashwin tweeted a dialogue from the movie ‘Aparachith’. When it is roughly translated into English means – “don’t say things like that, it hurts.”

And finally Manjrekar added to this by saying – “Also Chaari, my heart aches to see simple, straightforward, cricketing assessments kick up a fuss these days.” Here ‘Chaari’ refers to Ravichandran Ashwin.