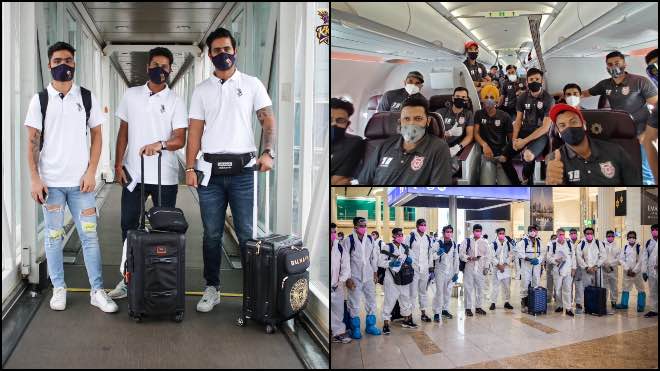 Rajasthan Royals were the first to reach Dubai, followed to which Kings XI Punjab also landed in Dubai. A little later in the evening, Kolkata Knight Riders arrived in Abu Dhabi, their base for the tournament and will stay in The Ritz-Carlton. While Kings XI Punjab will stay at Sofitel, Dubai.

Players were tested multiple times before and were also immediately tested at the airport and will further undergo a six-day isolation period with testing on 3rd and 6th day. If they clear all the tests, they will be eligible to enter the tournament’s bio-bubble and start training. Subsequently, the players and support staff will be tested every fifth day of the tournament.

All three franchise posted pictures of their players and support staff before departure. The Royals squad was fully covered in protective gear. Check some pictures below:

Can you identify each one of them with the ? on? ?#SaddaPunjab #IPL2020 pic.twitter.com/H7J5NRujvC