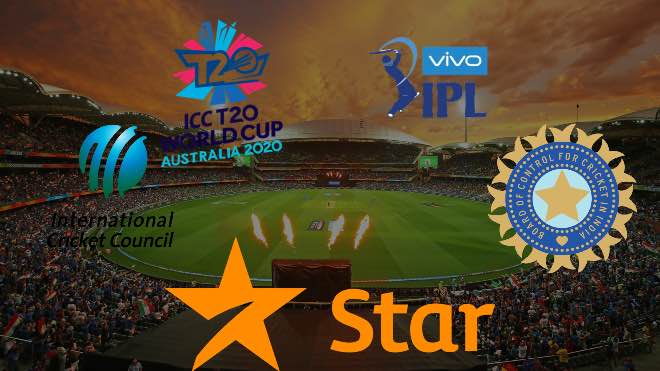 Star India has written letters separately to both Board of Control of Cricket In India (BCCI) and International Cricket Council (ICC) seeking clarity on the 13th season of Indian Premier League (IPL 2020) and ICC T20 World Cup 2020.

Star India holds the ICC global rights and IPL media rights, and constant delay in decision making is not going down well with the broadcaster.

According to the report in InsideSport, “Star India has conveyed to both BCCI & ICC via separate letters that any further delay on the decision about the schedule of IPL 2020 and T20 World Cup respectively will ‘undermine its position to monetize the said rights.”

According to the sources, privy to the developments, Star India is miffed with the situation.

“Star India is understandably miffed with the situation. These are no small rights, huge commercial values are attached to it. For IPL Star has to collect 3000 crores from the market, it can’t be monetized at the drop of a hat. Market anyway is very tough, schedules should be finalized ASAP or Star will have to face a big loss on account of this delay. Same goes with ICC World Cup, the outlays are very big for that as well,” InsideSport quoted a source. Though ICC, BCCI and Star India denied about the letter.

Star India holds the IPL media rights for five years for a whopping amount of Rs 16347 crores. Also, Star India has the ICC Global Rights, which they gained for $1.9B for the years 2015-2023.