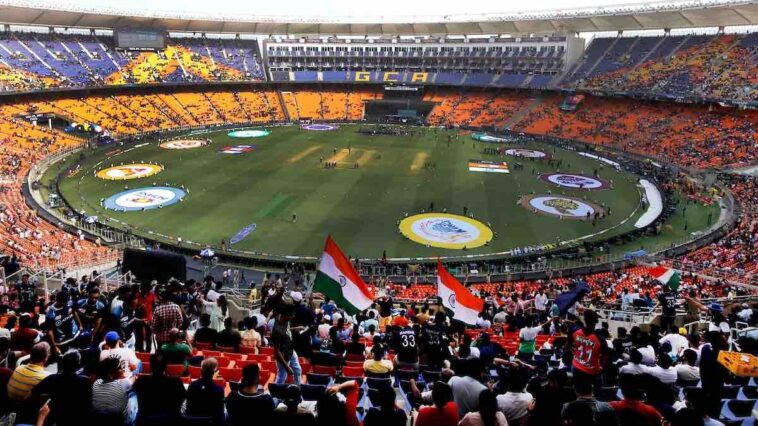 After football, cricket is the second most followed sport in the world. So, therefore cricket stadiums need to be big enough to accommodate the huge number of fans and spectators. Cricket is a popular sport in India, and you can bet on cricket games via Sportsbet India.

Narendra Modi Stadium is the largest cricket stadium in the world, with a capacity of 132,000. It is located in Motera Ahmedabad, Gujarat, India. It was opened on the 12th of November 1983 and was last renovated on the 25th of February 2022. The stadium made it into the Guinness record for the highest T20 attendance.

MCG is the second-largest cricket ground in the world, with 100,000 capacity. It is located in Melbourne, Australia, and was built in 1953. It has hosted various events like the Olympic games and Athletic events, aside, of course, from cricket.

Edens Gardens is the oldest and third-largest stadium in the world, with a capacity of 66,000. It’s situated in Kolkata, India, established in 1864, and is owned by Eastern Command. The stadium has been used for other sports like football, but its main usage is cricket.

Perth stadium is also known as Optus Stadium and is located in Burswood, Western Australia. It has a capacity of 60,000 for oval sports, 65,000 for rectangular sports, and 70,000 for concerts. Optus stadium won the award for the most beautiful stadium in the world in 2019.

This stadium is also known as Naya Raipur International Cricket Stadium, located in Chhattisgarh, India, and has a 65,000 capacity. The government of Chhattisgarh owns it. Inaugurated in 2008, this stadium hosted its first cricket match in 2010.

Also known as Hyderabad cricket stadium, it is located in Hyderabad, Telangana, India. Rajiv Gandhi has a capacity of 55,000 and was established in 2003. Over the years, this stadium has hosted various international games.

Sydney cricket stadium in Sydney, Australia, was established in 1851 and is owned by the government of New South Wales, Australia. It has a capacity of 48,000 and is the home stadium for the New South Wales blue cricket team.

The Oval is a cricket ground in London where important matches are played. It is Surrey county cricket club’s home ground. The oval stadium is where the club plays against other counties, and it also hosts England’s home cricket matches.

Lord’s, commonly known as the Home of Cricket and cricketers, is located at St John’s Wood, London, England, and it has a capacity of 31,000.

Now you know the top nine largest cricket stadiums in the world. As a cricket fan, you can remember all this the next time you are watching your favourite sport.