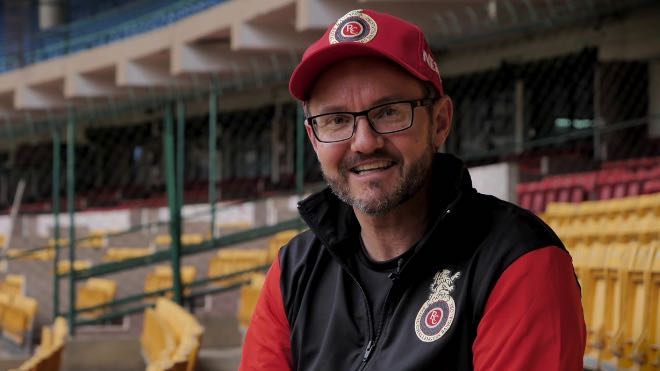 Royal Challengers Bangalore’s Director of Cricket, Mike Hesson hopes that the situation will improve and IPL will take place this year and his team is ready for when it happens.

“We’re still hopeful that things will develop and there will be an IPL this year and if it happens, then I can assure you that RCB will be ready,” Mike Hesson said on Star Sports show ‘Cricket Connected’.

The 13th edition of India Premier League e(IPL 2020) was originally scheduled to hold from 29 March to May 24 but was rescheduled from April 15 due to lockdown. But with the extension of lockdown, BCCI indefinitely postponed it until further notice.

Royal Challengers Bangalore (RCB) were a week away from hitting the camp and all the planning were done.

“We were a week away from coming into camp, like everybody else, feeling well advanced in terms of our planning,” he added.

“Rightfully, everything has been put on hold and everybody is going about their work. There are other priorities at the moment that people are focussing on,” he said.

RCB had roped in New Zealander Mike Hesson as director of cricket operations in August 2019 and former Australian batsman as the head coach.