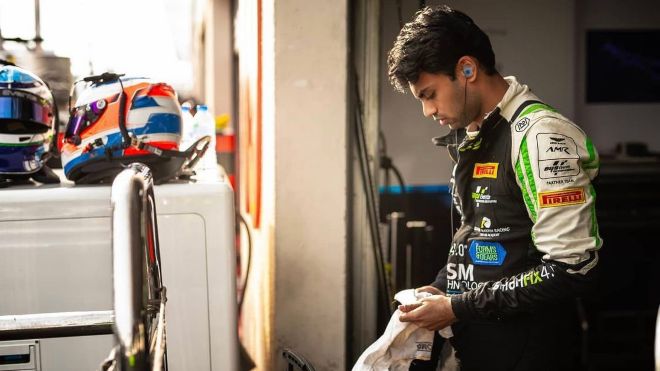 Akhil Rabindra, the only Indian on the European GT4 Championship grid, racing for AGS Events Racing Team, finished P15 in the Silver category along with his teammate Hugo Conde in an incident laden Round 3 of the championship in the Netherlands late last evening. The race was being hosted at the iconic Circuit Zandvoort which also would play the host to the much-awaited Dutch Formula1 Grand Prix later this year.

An incident laden Race1 for the team of Akhil Rabindra and Hugo Conde, with the latter on the steering wheel, saw them finishing at P13 in the Silver category and an overall P27. Race 1 saw Akhil’s team completing 24 laps in 1:22:04.392. Race 1 was quite an eventful race facing temporary suspension following an incident involving the #32 United Autosports McLaren.

Akhil who took to the steering wheel in Race 2 of the third round of the European GT4 Championship made an impressive run to finish P15 in the Silver category and an overall P21 from a grid of 36 cars. Akhil while being in the driver’s seat completed 32 laps in 1:01:55.560 minutes.

Akhil while driving his Aston Martin Vantage GT4 in Race 2 again had to face an interruption, after starting on a good note, had to slow down in the final few minutes of the race due to a full course yellow and safety car situation, following two separate incidents where the race control neutralized proceedings after the #77 Team Fullmotorsport Audi went into the gravel while at the same time the #11 Borusan Otomotiv Motorsport BMW hit the barriers.

Akhil Rabindra commented, “We could have done much better and are definitely not happy with our performance. There were unforeseen hurdles in both Race 1 & 2 which had a direct impact on our speed and finishing positions. We will have to keep working on our performance and keep improving to ensure that in future such indirect and unforeseen hurdles do not impact our positions drastically.”