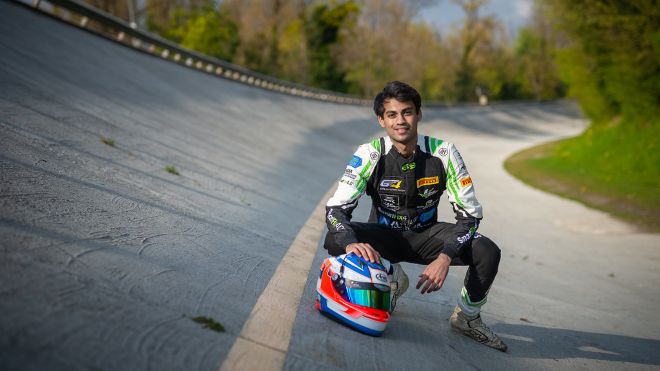 Akhil Rabindra the only Indian driver in the European GT4 Championship is back on the grid with power paced round three-race weekend at the Circuit Zandvoort in Netherland.

Akhil, alongside his 19-year-old French teammate, Hugo Conde, will aim for a better finish this time given his previous experience on the track in 2019. The Europeans GT4 Championship’s third round will be held from June 18th-20th, 2021.

The 24-year-old Bengaluru born Akhil Rabindra also has enjoyed the rare distinction of not only being the only Indian on the European GT4 Championship Grid but he has also bagged a spot for the third straight year with the Aston Martin Racing (AMR) Driver Academy, inching closer towards realizing his dream of landing the coveted Academy Driver’s contract at the Aston Martin Racing Academy. Akhil also is the only Asian to have made it to the AMR Driver Academy since 2019.

Akhil will be racing for the second time at the Circuit Zandvoort. Earlier Akhil with his teammate David Griessner raced for PROSport Performance at the ADAC GT4 Championship in 2019. The duo finished at P4 in race one and was aiming for a P5 finish but due to a technical problem, they finished at P21.

“We have raced at Circuit Zandvoort, but we had to face a technical glitch in our last outing at the circuit. We really want to make sure that we go a step better than the last time and again claim a better position. We will give our best, with competition getting higher a lot would be depending upon our driving. I am really looking forward to getting back on the racetrack with AGS Events Racing,” stated Akhil ahead of Round three of the European GT4 Championship.

Akhil finished at P13 and P14 in the Silver Category in round one (Monza) and two (Circuit Paul Ricard) respectively after retiring in race one of both the races due to technical glitch.

Circuit Zandvoort which is a 4.2252 km long track consisting of 19 turning points and is a motorsport race track that has hosted several major races. Circuit Park Zandvoort played host to the first race in 2006/07 of the A1 Grand Prix. The circuit is known for its fast and sweeping corners. Akhil is currently supported by ASM Technologies, SmartFix and RV Forms and Gears.