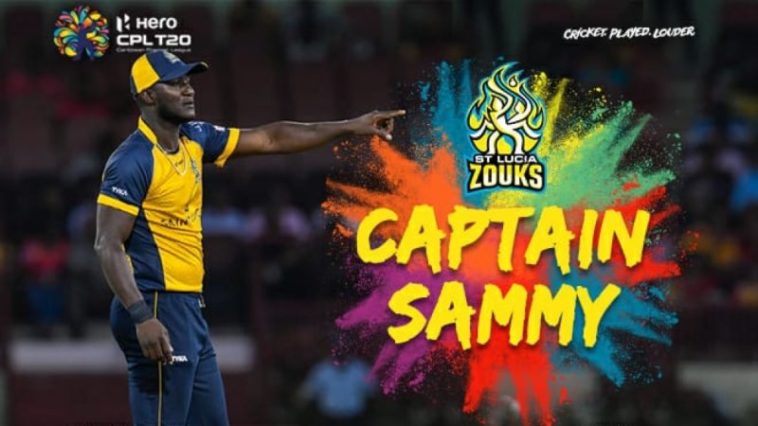 Coach Andy Flower weighed in on Sammy’s appointment indicating, “I can’t wait to work closely with Daren and for the island of St. Lucia. I worked with Daren five years ago when he captained the Peshawar team in the Pakistan Super League and we thoroughly enjoyed our time together. I know how passionate he is about his island and its cricket and we will do everything within our power to bring fun, entertainment, and success to St. Lucia.”

Daren Sammy is excited to be retained by the Zouks and to be captaining this year.

“The franchise is dear to my heart and this year I am honoured to lead the franchise one more time. Playing at home with passionate fans and the calibre of players I anticipate will be retained, I expect to bring silverware to St. Lucia. St. Lucia Zouks is well on its way in securing its team of players and looks forward to a successful year of cricket in St. Lucia,” Sammy said.