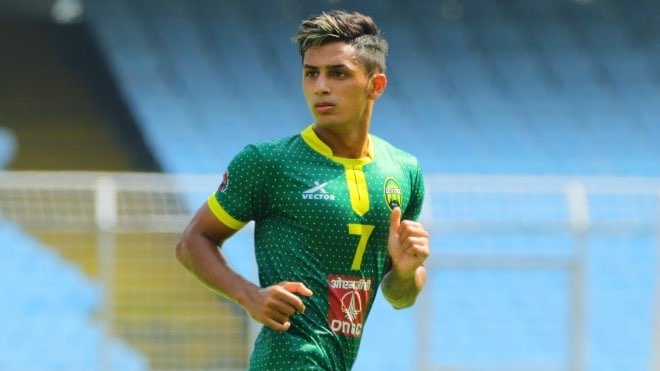 Gokulam Kerala FC signed upcoming midfielder Mahip Adhikari from the second division team Garhwal FC ahead of the upcoming season of I-League 2020-21. The 22-year-old midfielder from Delhi was the vice-captain of Garhwal FC during their I-League Qualifiers held recently.

Mahip was a regular starter for Garhwal FC in the qualifiers and was scouted by GKFC based on his performances in the tournament, in which he had four assists in his name.

He has a never-say-die attitude, and his work rate is commendable. He is known for his defense-splitting passes and will be an asset for Gokulam Kerala FC in the near future.

He went on to play for their senior team. He has also represented his state in the Santosh Trophy held in the 2018-19 year.

The player has attended several scholarship programmes and tournaments abroad during his formative years. He has travelled to Holland and Portugal as part of exposure trips.

“I am happy to be part of Malabarians football family and it is really encouraging to be scouted by an I-League team. This is a major step for me and I will try my best to help the club. I am eagerly waiting to be at Kozhikode for training,” said Mahip after signing the contract.

“During qualifiers, Mahip impressed us from the very first match. His track record was verified and it was found good. The transition from I League qualifiers to I-League will do a lot of good for this talented boy. We are sure that he will make use of the platform GKFC has given him to propel himself into professional football,” said B. Ashok Kumar, the CEO of Gokulam Kerala FC.