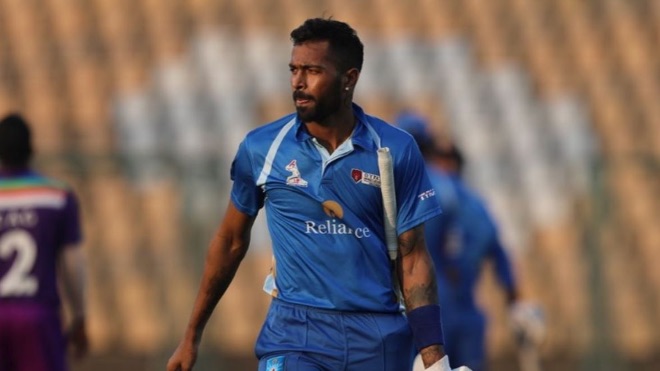 Hardik Pandya is in favour of playing the 13th season of Indian Premier League (IPL 2020) behind closed doors. For the time being, the season has been postponed indefinitely due to coronavirus outbreak.

Speaking to the Dinesh Karthik on the Instagram Live chat, he even tells that it will be a different experience for booths fans and the players; we are used to playing IPL matches in front of crowds.

Hardik Pandya said, “It will be different. We are used to playing with the crowd as the feel of competition comes with the crowd.”

He is in favour of IPL behind the closed door as it will be a smarter option in this health security time and also people will get entertained at home. And also he added that as a player he has experience of playing without crowds in Ranji Trophy.

“I’ve played in the Ranji Trophy without crowds, and it feels different. To be honest, if that (IPL behind closed doors) happens, then it will be a smarter option. At least people will be entertained at home,” he added.

Hardik Pandya brother, Krunal Pandya was also on the live chat and he agreed with Hardik’s options.

Hardik Pandya and Krunal Pandya both play for Mumbai Indians (MI) in Indian Premier League as an all-rounder.