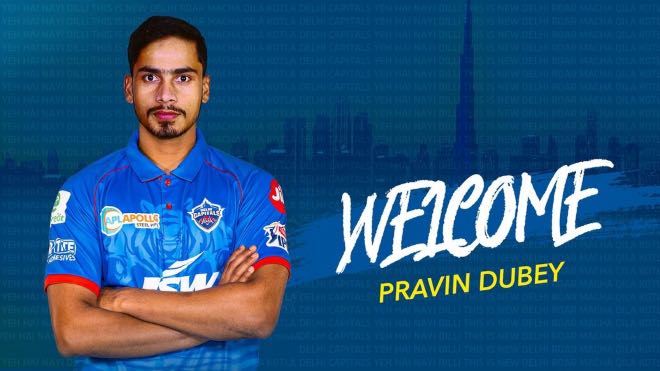 JSW and GMR co-owned franchise Delhi Capitals today announced the signing of 27-year-old leg spinner Pravin Dubey as a replacement for Amit Mishra, for the rest of the ongoing Indian Premier League season (IPL 2020). The Karnataka-based Dubey has played 14 domestic T20 matches for his state, and has 16 wickets to his name, with an economy rate of 6.87.

Amit Mishra was ruled out the tournament after sustaining an injury to the ring finger of his bowling arm during Delhi Capitals’ match against Kolkata Knight Riders in Sharjah on 3rd October 2020. The 37-year-old has undergone surgery and is recovering at the moment.

Ishant Sharma is the second Delhi Capitals player to ruled out of IPL 2020 due to injury, as of now, Delhi Capitals have not signed anyone as his replacement.

Delhi Capitals are currently at the top of the table with 14 points in 9 matches. Delhi Capitals will play their next match Tuesday, October 20, 2020, against Kings XI Punjab at Dubai International Cricket Stadium, Dubai.