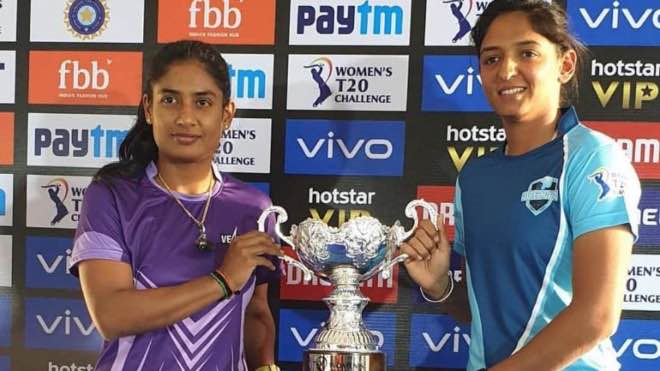 BCCI had earlier released a statement, which said, “Women’s T20 Challenge will also take place in the UAE and will comprise three teams with four matches to be played during the IPL Playoff week.”

“Yes, the dates of the tournament have been finalised. It will be held from November 4 to 9. There will be a single round-robin league between the three teams Trailblazers, Velocity and Supernovas along with the final. In all four matches will be held,” a senior IPL official ply to the development told PTI on conditions of anonymity.

“The final has been slotted on November 9 as we didn’t want to schedule on the day of the men’s final. There is enormous interest in the women’s event and its only commercially prudent that it is separated from men’s event,” the official said.

Reportedly, both the Indian and overseas players will arrive in the UAE by the second week of October and will undergo a six-day mandatory quarantine period due to the Coronavirus on arrival unless the health safety rules change further.

“The girls haven’t had training for such a long time and they would need to be given adequate time for net practice,” the source said.

Only last week, the BCCI has announced the new women selection panel under former left-arm spinner Neetu David, which will be picking squad for the three team.

Women’s T20 Challenge is clashing with the Women’s Big Bash League which is scheduled to start from October 25. Three Indian players Shafali Verma, Smriti Mandhana and Harmanpreet Kaur were expected to feature in WBBL but now they will not be a part of the league.

Top players from Australia, New Zealand and South Africa are likely to miss the T20 Challenge. At least two England stars – Natalie Sciver and Katherine Brunt – would also be missing out on the Indian competition (they weren’t part of the previous two editions either) as they have been roped in by the Meg Lanning-led Melbourne Stars for the sixth edition of the Australian domestic T20 tournament.