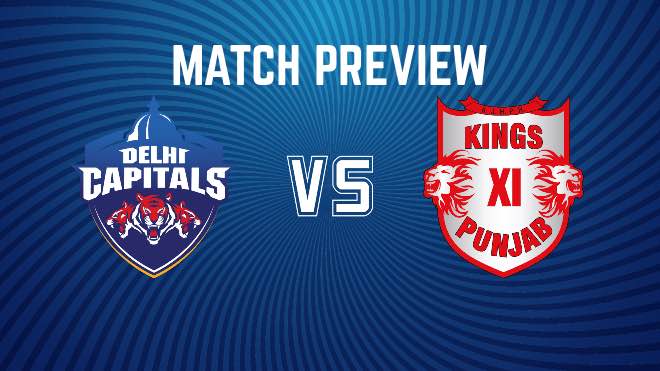 In the second game of the 13th edition of The Indian Premier League (IPL 2020), Delhi Capitals will be tussling with Kings XI Punjab. In the last 12 seasons of IPL, both DC and KXIP were not able to win this coveted tournament, and the two will wish to change this record this time.

A strong mix of players are available to Delhi Capitals, who participated in the IPL playoffs last year. They have experienced campaigners in Ravichandran Ashwin, Shikhar Dhawan, Ishant Sharma and Ajinkya Rahane. In the meantime, they also have many talented young players like Shreyas Iyer, Prithvi Shaw and Rishabh Pant.

On the other hand, Kings XI Punjab have got a very good team themselves too. They have a clear top order with KL Rahul and Chris Gayle at the top. The team is powerful in the centre, with Karun Nair, Nicholas Pooran and Glenn Maxwell.

Both the sides have faced each other in 24 occasions in the Indian Premier League history. And it is the team from Punjab who have the advantage over Delhi based Delhi Capitals (DC), in overall 24 matches Kings XI Punjab (KXIP) has won 14 of them, while Delhi Capitals has managed to win only 10.

Both the teams first faced other on the inaugural edition of Indian Premier League in 2008 on 27 April. The very first match was won by Kings XI Punjab by 4 wickets after they managed to chase Delhi’s 159 runs target. While the very latest match was won by Delhi Capitals on 20 April 2019.

The 2nd match of IPL 2020 will be played at Dubai International Cricket Stadium in Dubai. The 1st batting average score here is 145, while 1st batting win percentage is 54.84 percent. The highest score which was successfully chased here is 183 runs.

Player to watch out for

Rishabh Pant: All the Delhi Capitals fans will have high expectations from their star wicketkeeper-batsman Rishabh Pant. In the last 10 IPL matches, Pant has scored 312 runs with a batting average of 39.00 and strike rate of 157.57.

Ishant Sharma: Delhi’s bowling department will be lead by none other than India international bowler Ishant Sharma. He has picked up 9 wickets in the last 9 matches.

KL Rahul: The Karnataka born Kings XI Punjab captain KL Rahul will play a crucial part in the team’s campaign this season. And fans will be expecting a lot from the new Punjab captain. Rahul has scored 502 runs in previous 10 matches.

Mohammed Shami: Mohammed Shami will be lead bowler from Punjab’s camp. He has 14 wickets on his name in the last 10 IPL matches, while the economy rate is just 8.50. Can also contribute with the bat.

DC vs KXIP Head to Head

In the last 3 years, both the franchises have met 6 times in the Indian Premier League (IPL), in those matches, KXIP has won 4 while DC managed to win only 2.