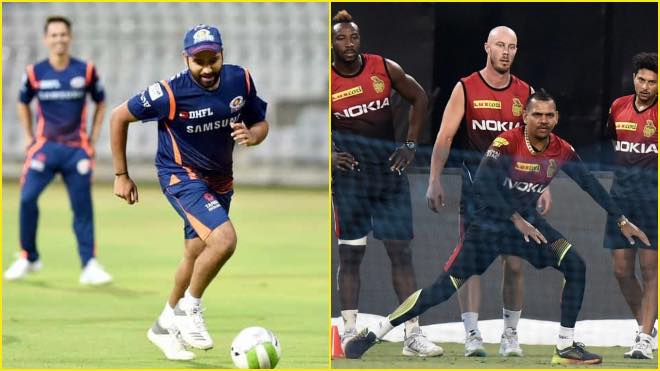 Mumbai Indians and Kolkata Knight Riders can now start their training in Abu Dhabi after intervention from the IPL governing council and the Emirates Cricket Board chief Sheikh Nahyan bin Mubarak.

According to COVID-19 norms of the emirate of Abu Dhabi, it is mandatory to complete 14 days quarantine before anyone is allowed to move outside. But now after the intervention from the IPL GC, both teams have got remission to start the training.

With the only six-day restriction in Dubai, Kings XI Punjab and Rajasthan Royals have started training at the ICC Cricket Academy, Dubai. Initially, it was proposed that all the players and staff will undergo six days of complete individual isolation with the test on 1st, 2nd and 6th day. And players testing negative will be allowed to train.

Dubai and Abu Dhabi emirates have separate COVID-19 protocols and have travel restriction between them. While entering Abu Dhabi, one has to undergo mandatory rapid tests. Only after a negative test one can cross the border.

But according to the sources, after the meeting with ECB officials and intervention of BCCI and Emirates Cricket Board chief Sheikh Nahyan bin Mubarak most of the issues concerning smooth operations have been resolved. It is worth noting that Sheikh Nahyan is also the UAE’s minister of culture & youth development.