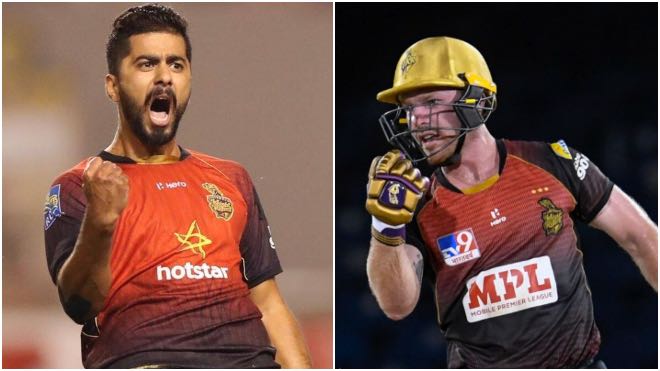 New Zealand’s wicket-keeper batsman Tim Seifert is likely to join Kolkata Knight Riders as a replacement to their pacer Ali Khan has been ruled out of the IPL 2020 without playing a game.

On October 7, a media advisory from IPL confirmed Ali’s injury and ruled him out of IPL 2020. For the two-time IPL winners, it turned out to be a dual whammy because now Harry Gurney, as well as his replacement Ali Khan, have both been withdrawn from the competition due to injuries.

The first USA player to land an IPL deal, Khan was suffering from a side strain from his previous assignment – Caribbean Premier League (CPL).

As per a report in the Stuff.co.nz, New Zealand wicketkeeper-batsman Tim Seifert has been signed up by KKR as his replacement. The 25-year-old is a capped player and has played 24 T20Is – and 3 ODIs. Best-remembered for his innings of 84 off 43 against India, in opening T20I last year.

Tim Seifert was part of the CPL-winning team, Trinbago Knight Riders, sister franchise of KKR. Seifert has scored 1775 runs in 95 T20s. He entered the IPL 2020 auction with a base price of Rs 50 lakh but went unsold.