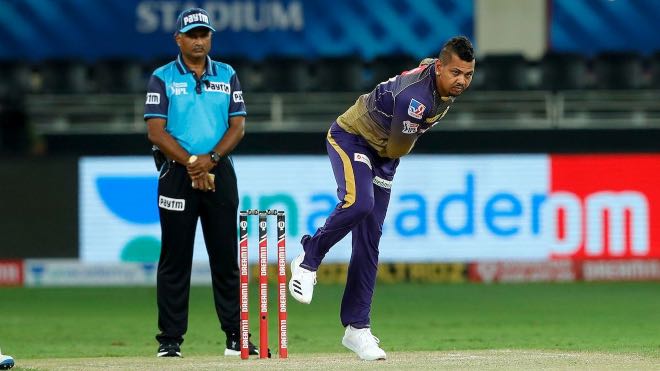 Sunil Narine, the Kolkata Knight Riders player, has been cleared by the IPL’s Suspect Bowling Action Committee. Narine was reported for bowling with a Suspected Illegal Bowling Action during his team’s Indian Premier League (IPL) 2020 match against Kings XI Punjab at Abu Dhabi on October 10. Following the report, Narine was placed on the IPL Warning List.

“KKR requested for an Official Assessment of Mr Narine’s action from the IPL Suspect Bowling Action Committee, submitting action footage in slow motion with back and side angles. The Committee carefully reviewed all the deliveries of action footage sent of Mr Narine with the naked eye and has come to the conclusion that the elbow-bend appears to be within the range of permissible limits,” BCCI said in a statement.

“The Committee also noted that Narine should reproduce the same action going forward in the IPL 2020 matches as presented to the Committee in the video footage,” the statement added.

Mr Narine has now been removed from the IPL Suspect Action Warning List but is likely to miss the match against Sunriers Hyderabad on October 19.