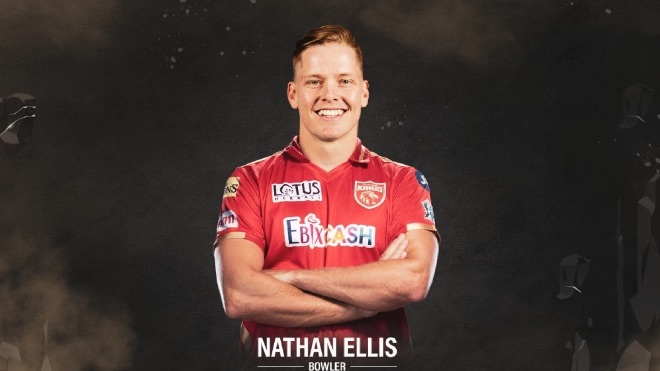 Punjab Kings announced the signing of the Australian pacer Nathan Ellis for the remainder of the 2021 Indian Premier League (IPL 2021) in UAE and is expecting the join the team camp shortly after finishing his quarantine.

The decision follows after two of Punjab Kings Australian players Jhye Richardson and Riley Meredith, have been ruled out for the UAE leg of the Indian Premier League 2021.

In the absence of Richardson and Meredith, Ellis will provide the Kings with a vital cushion in the fast-bowling department.

It is understood that the franchise was unaware that Jhye and Riley would be unavailable for the remainder of the season until Cricket Australia’s press announcement on Thursday.

“We were not aware of the fitness status of Jhye and Riley until yesterday (August 18). We have signed Ellis as a replacement player. We will announce the second replacement in a day or two,” Punjab Kings team’s CEO Satish Menon said Cricbuzz.

Nathan Ellis recently set the T20 World ablaze as he became the first bowler ever to pick up a hat-trick on his international debut. Ellis claimed figures of 3/34 on debut against Bangladesh in August 2021.

The youngster was also recently named in the reserves squad for Australia for the 2021 T20 World Cup.

Nathan Ellis was one of the standout performers of the 2021 Big Bash League. He was the leading wicket-taker for his franchise Hobart Hurricanes, accounting for 20 wickets in just 14 games. He played all games for the franchise this season and almost got them to the knockout stages.

Ellis gained a reputation for being a genuine wicket-taker for his franchise, with an impressive bowling average of just over 22. With plenty of variations and tricks up his sleeve, the young Australian pacer would now be optimistic of having the same impact in the 2021 IPL when he takes the field for Punjab Kings.