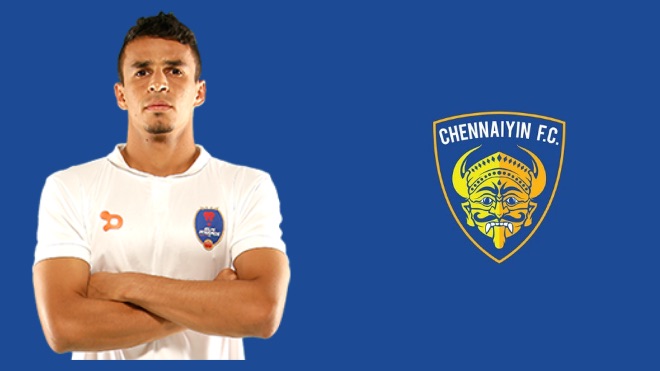 Chennaiyin FC announced the signing of the Emerson Gomes de Moura, better known as Memo, on a free transfer for the upcoming season of Indian Super League (ISL 2020-21). The 32-year-old Brazilian joins Chennaiyin FC on the expiry of his contract at Jamshedpur FC, having spent the previous three campaigns there. Known for his versatility as a defensive midfielder and central defender, Memo is set to add experience and stability to Chennaiyin’s ranks.

“I am delighted to be a part of the blue Chennaiyin family. The upcoming season will be fantastic, I am certain. It is a pity we won’t be able to feel the warmth of the fans in the stands, as they are truly incredible and loyal. Every time I have played in Chennai, I have truly felt their passion. They will always be in our thoughts, and we have to work hard and be united to achieve glory. A unique ISL awaits us, which will be a spectacle in itself,” said an excited Memo from his hometown in Brazil.

“Memo is a solid addition to our squad. His rich experience of playing in the ISL will provide a huge boost, along with his versatility in key defensive areas. We have signed a proven and dependable individual in Memo, who is sure to hit the ground running. His skill-set comprises the perfect combination of technical adeptness and aggression, which is something the youngsters in our team can also benefit from,” CFC Head Coach Csaba László commented on his latest recruit.

After playing extensively in the Brazilian lower division leagues, Memo came to India and joined Delhi Dynamos for the 2016 ISL season. Interestingly, he made his league debut in Delhi’s 3-1 win over Chennaiyin at the Marina Arena in October 2016. Memo played 10 times that year and helped DDFC qualify for the semis.

A hard-tackling and no-nonsense presence, Memo then made the move to ISL entrants Jamshedpur FC the following campaign. And he was an absolute mainstay in their squad who didn’t miss a single game; playing all 54 JFC matches over the previous three seasons. Memo also made the most interceptions (39) in the 2018-19 ISL campaign as JFC finished fifth.