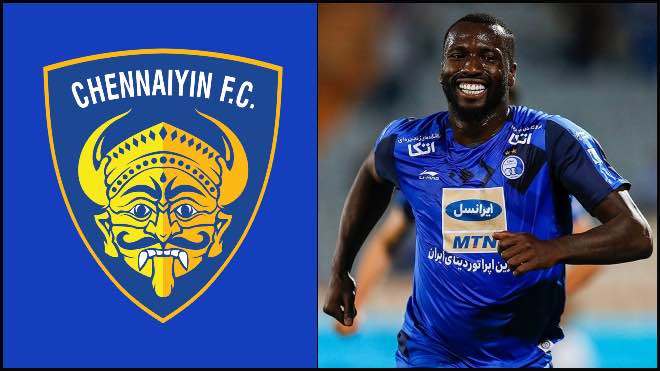 Chennaiyin FC have Esmaël Gonçalves, better known as Isma, on a free transfer for the upcoming season of Indian Super League (ISL 2020-21). The 29-year-old Portuguese attacker who is capable of playing anywhere across the forward line is set for a first stint in India following a spell at Japanese club Matsumoto Yamaga.

At the international stage, Isma has represented African country Guinea-Bissau, his nation of birth.

With UEFA Champions League, UEFA Europa League and AFC Asian Champions League experience in his repertoire, Isma is well-versed in operating across the frontline, highlighted by his record of netting 75 goals in almost 250 career appearances.

“It feels great to join Chennaiyin FC, a club that represents a city with rich culture and a wonderful fanbase. My conversations with our Head Coach (Csaba László) have been great so far, and I truly believe in the project he has in mind for us. I will work extremely hard to fulfil what my team and coaches expect from me. And hopefully, deliver with as many goals and assists that help us win and achieve our objectives,” said a determined Isma on joining the two-time Indian Super League champions.

“Isma has a proven eye for goal with prior experience of playing in Asia. He has the capabilities of a lethal marksman and we hope to benefit from his versatility in the forward areas. I am certain he will link up well with the rest of our troops, and it will result in a lot of positive actions in the opponent’s penalty area. We are all very excited to welcome him to Chennaiyin and India,” CFC Head Coach Csaba László said on Isma’s acquisition.

Isma’s youth career comprised Boavista in Portugal and Nice in France, and he went on to make his senior team bow for the latter in 2011. The former Portugal U-21 international then signed for Rio Ave in the Portuguese top-flight, spending three seasons there. His time there included loan moves to St. Mirren (Scotland), Veria (Greece), APOEL Nicosia and Anorthosis Famagusta (both Cyprus).

Isma won the 2012-13 Scottish League Cup with St. Mirren, scoring in the semi-final win against Celtic on debut. He followed that up with a goal and assist in the final against Hearts. During the short stay that ensued at APOEL Nicosia, Isma won the Cypriot Super Cup in 2013. While his other stint in Cyprus with Anorthosis Famagusta saw him play with former Chennaiyin duo of legend Iñigo Calderón and Andrea Orlandi.

Before a return to Scotland with Hearts, Isma had a brief stay at Al-Ettifaq in Saudia Arabia. After Hearts, he came back to Asia with Uzbekistan top-division side Pakhtakor Tashkent in 2018, where he finished among the league’s top-scorers with 16 goals. A spell at Iranian outfit Esteghlal followed, before his move to Japanese second-division side Matsumoto Yamaga last year.