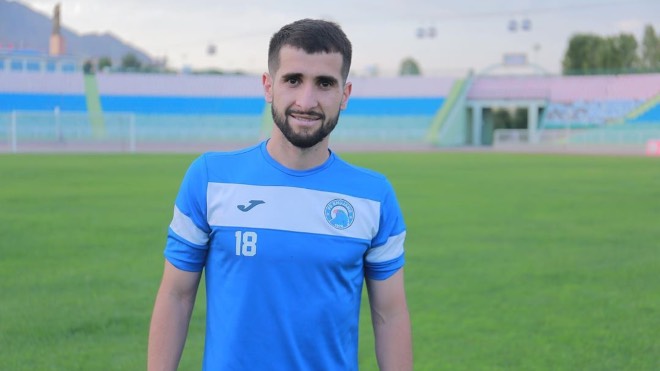 Two-time Indian Super League (ISL) champions Chennaiyin FC announced the signing of Fatkhullo Fatkhulloev on a free transfer for the ISL 2020-21 season. The 30-year-old winger who can operate on either flank is all set for a first stint in India with tons of experience. Fatkhulloev is central Asian country Tajikistan’s most-capped international with 68 senior appearances so far, and he joins CFC after a spell at FK Khujand in the Tajik top flight.

The ISL guidelines for the new season stipulate each team to have at least one Asian player among their foreign contingent, and Fatkhulloev fulfils that criteria.

“I have heard a lot about Chennaiyin, seen many matches from previous seasons. CFC is one of the biggest clubs in India with fantastic fans. So when the opportunity arose to make the move, I didn’t think twice. I am really excited about meeting my new teammates, and hopefully delivering a good brand of football with them, which helps us compete for the ISL title,” said an eager Fatkhulloev from the city of Dushanbe in Tajikistan.

“In Fatkhullo (Fatkhulloev), we are signing an experienced professional who has proven his mettle for club and country. He is yet another player who fits our mould of versatility, capable of performing on both wings, and even down the middle. He has won all the major honours back home in Tajikistan, so an added advantage is the winning mentality he will bring to the table,” said Chennaiyin FC Head Coach Csaba László as Fatkhulloev put pen to paper at CFC.

Fatkhulloev was a key member of the Tajikistan squad that finished third in the 2006 U-17 Asian Championship, scoring in the third-place playoff win against Syria. He was also pivotal in helping Tajikistan reach the round-of-16 stage of the 2007 FIFA U-17 World Cup, with Fatkhulloev netting in the group stage victory over the USA. At the senior international level, he has nine goals in 68 appearances, including two strikes against India – in the 2008 AFC Challenge Cup final defeat and in a 2013 international friendly win.

At club level, Fatkhulloev spent the majority of his senior professional career at FC Istiklol, with whom he won an impressive six Tajik top-flight championships and five Tajik Cup titles during an initial eight-year stay. He also helped Istiklol reach the AFC Cup final twice during that period.

Following a short stay to Indonesian club Persela Lamongan, Fatkhulloev returned to Istiklol in 2018. Over two seasons, he added a Tajik League and Tajik Cup triumph each to his honours, before making the move to Uzbekistan Super League side FK Buxoro for a brief spell.

Returning to his homeland earlier this year, Fatkhulloev most recently featured for FK Khujand. He notched four goals and three assists for Khujand as they finished runners-up in the 2020 Tajik League season that concluded earlier this month.