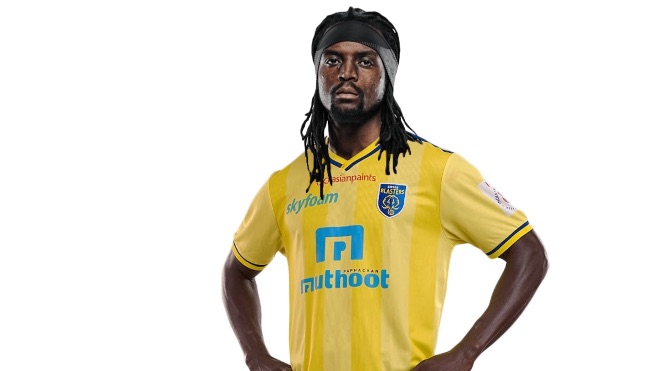 Kerala Blasters FC announced the signing of the Zimbabwean defender Costa Nhamoinesu for the upcoming season of the Indian Super League (ISL 2020-21).

Costa Nhamoinesu will join the Kerala Blasters FC squad as an experienced centre back with the most number of appearances at the Sparta Prague as a foreign player. He is strong in the air and his strength makes him a solid presence inside the box at both ends.

“Kerala Blasters has a fantastic plan for the season. I’m intrigued and fascinated to meet my new teammates, learn new cultures and do my best to help the club achieve their goals. I’m also very impressed by the vibe that is presented by the fans. I strongly believe that a club with such a vibrant, strong, energetic and passionate fanbase deserves great performances on the pitch! I would like to thank the management for believing in me and my agent for familiarizing me with the culture around the club. Looking forward to learn more about Kerala and the club. One love, YELLOW ARMY!,” said an excited Costa on signing for KBFC.

“I am extremely happy to sign a player of great calibre as Costa. Having captained the Czech football giants, Sparta Prague with over 200 appearances for the club, Costa brings in a mixture of experience and rich expertise to our squad. His achievement in Europe is impressive and is reflective of his character and talent. We look forward to working with him for the upcoming season,” said Karolis Skinkys, Sporting Director, Kerala Blasters FC.

The Harare native started his senior footballing career with the Zimbabwean side Ama Zulu before jumping ship to Masvingo United. He then moved to Poland on loan in 2007 with KS Wisla Ustronianka, after a season in the Zimbabwean Premier Soccer League.

In 2008, Costa spent the next two seasons on loan with the Polish side Zaglebie Lubin and his strong performances earned him a permanent deal with the club. While at Lubin, he became the most highly rated centre backs in the Polish League with 136 appearances and five goals for the club. In 2013, Costa moved to the Czech Republic side Sparta Prague seeking an exit from Poland. In his seven seasons at the club, the imposing defender made over 200 appearances and also captained his side during the club’s Europa League and UEFA Champions League campaigns over the years. He even showcased his strength in the air as he scored 9 times over the same period.