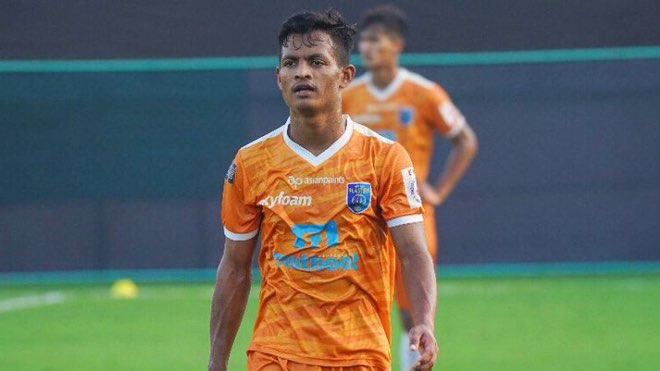 Mumbai City FC, on Tuesday, confirmed the signing of defender Mohamad Rakip ahead of the seventh season of Indian Super League (ISL 2020-21). The young right-back joins the Islanders on a deal that will keep him at the club until 2022.

The 20-year old came through the youth system at AIFF Elite Academy and secured a move to Kerala Blasters in 2017, where he started by playing for their B team in the I-League 2nd Division during the 2017-18 campaign. Rakip eventually progressed to the senior team at Kerala Blasters, making 26 appearances for the club over the next two seasons. Rakip was also a part of the preliminary Indian squad ahead of the 2017 FIFA U-17 World Cup under coach Luis Norton de Matos, making multiple appearances in preparatory games.

Delighted Mohamad Rakip said, “I am excited at this huge opportunity I now have in front of me and I want to thank Mumbai City for the faith they have shown in me. I am 20 and I believe that I have a lot to learn and achieve in my career. I have a lot of admiration for coach Sergio Lobera and the way he helps younger players grow. Working with the best players in India and the best coach in the league will certainly help me become a much better player. I want to give my best in every training and every time I get a chance to wear the Mumbai City shirt.”

Head coach, Sergio Lobera said, “Rakip is one of the finest young footballers we have in India at the moment. He has shown incredible progress and all-round growth in the last couple of seasons. While he has tremendous potential and a great future ahead of him, I am confident he can hit the ground running and make a difference to our team immediately. We are happy to have him here with us at Mumbai City.”