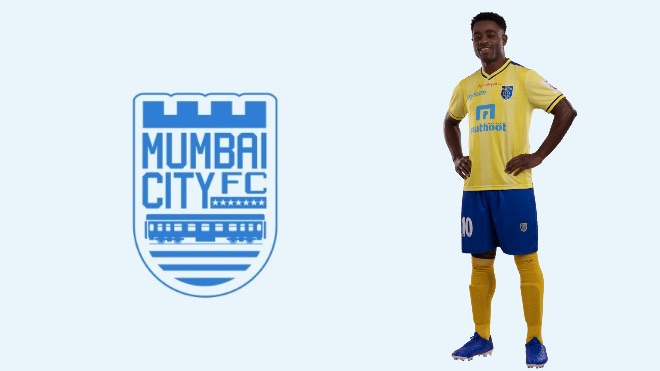 Bartholomew Ogbeche said, “I’m very happy and excited to be here at Mumbai City. Besides the brilliant mix of youth and experience in our team, the apparent quality and level of the squad speaks volumes about the ambitions we have here at the club.”

“In my two years in the ISL, I’ve come up a fair few times against Sergio Lobera’s team, and our Coach’s positive and free-flowing brand of football perfectly fits my style and idea of the game as well. I can’t wait to get started as I look forward to a great season with my new family,” he added.

Head Coach, Sergio Lobera said, “I have followed Bart extensively over the last two seasons, and I can say with certainty that he a top-class player. With his experience and influence, we know that Bart can contribute so much to our team and to our Club. He is not only a terrific goal-scorer but also a leader in the true sense. Bart can be a role-model to plenty of the young boys in our squad and not to mention, be a winner for us on the pitch with his attacking talents.”

The 36-year old centre-forward kicked off his youth career at Lobi Stars in Nigeria and was then signed by Paris Saint-Germain into their youth system before making his first-team debut for the French giants in 2001-02 at just 17. An illustrious journey began for Ogbeche, playing in France (Bastia, Metz), the UAE (Al Jazira), Spain (Alavés, Valladolid, Cádiz, Xerez), Greece (Kavala), England (Middlesbrough) and the Netherlands (Cambuur, Willem II).

Ogbeche made his bow in Indian football in the 2018-19 season, captaining NorthEast United FC and scoring 12 goals in 18 games. Continuing his tryst in the ISL, he went on to represent Kerala Blasters in the 2019-20 campaign and finished with 15 goals in 16 games, the joint top goal-scorer in the division. Ogbeche is also a full international, having represented Nigeria on several occasions including twice in the 2002 FIFA World Cup.