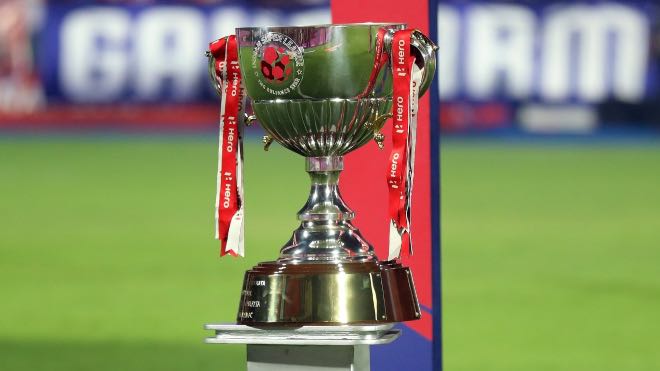 ISL 2020-21: Training grounds assigned to all the teams in Goa

The Indian Super League (ISL) has finalised training grounds for all participating clubs, three of whom made their own arrangements. The ISL Committee has shortlisted 12 training grounds and were asked to choose. Seven clubs noted their order of preference, while three clubs – FC Goa, Bengaluru FC and Hyderabad FC – chose training grounds which were not on the list.

Below is the list of the training grounds of all the teams:

FC Goa will train at the Salvador do Mundo village panchayat ground after entering a partnership with the panchayat. The ground is currently going under renovation will be completed till October end. Floodlights will be installed and new grass will be grown at the ground.

TIll the ground is ready, FC Goa will train at the Dempo academy ground at Ella in Old Goa, which is the training ground for the Bengaluru FC.

Previously, the Gaurs trained at the GMC Stadium in Bambolim, which will serve as the home ground for Chennaiyin FC, Mumbai City FC, Odisha FC and Kerala Blasters for this season.

This is last week’s picture of the new Salvador do Mundo panchayat ground where FC Goa will train. Grass is expected to grow early next month and ground will be ready by October 20. The ground has floodlights too.#Indianfootball #ISL pic.twitter.com/6FM66bhAay

Bengaluru FC will train at the Dempo academy ground at Ella in Old Goa. Bengaluru FC will start their training at JSW Sports Excellence Centre, Ballari in Karnataka and will move to Ella on November 1.

Hyderabad FC will train at the St Anthony’s High School new ground at Monte de Guirim, which has been recently revamped.

ATK Mohun Bagan will train at the Benaulim Football Ground (Trinity ground) in Benaulim. The India team trained here while preparing for the Fifa U-17 World Cup in 2017 and has floodlights.

Chennaiyin FC will train at the SAG football ground in Utorda which have floodlights facility.

The Nagoa Village Panchayat Football Ground will serve as a training facility for Mumbai City FC.

Odisha FC will be training at the Betalbatim, the home ground of Betalbatim Sports Club in South Goa. The Betalbatim training ground is the closest to Fatorda Stadium, home ground for Odisha FC. Other reasons to choose Betalbatim as the training facility is due to the newly-laid pitch, less than 18 months old. Also, the team hotel is less than 10-minutes from the ground.

Peddem Sports complex, a premier futsal venue in Mapusa, North Goa will be used as the training facility by the Kerala Blaster FC.

Jamshedpur FC will train at the Sangolda Panchayat ground in North Goa.

NorthEast United FC will be training at the Dr Gustavo Monteiro football ground in Candolim. The ground was renovated recently and had a newly-laid turf.

This is a recent picture of the Candolim Football Arena where NorthEast United FC will train. It’s a lovely-looking ground in the heart of Candolim and the turf is really, really good. Only drawback is its size. It’s shorter than other grounds.#Indianfootball #ISL pic.twitter.com/kquDrMk6ko