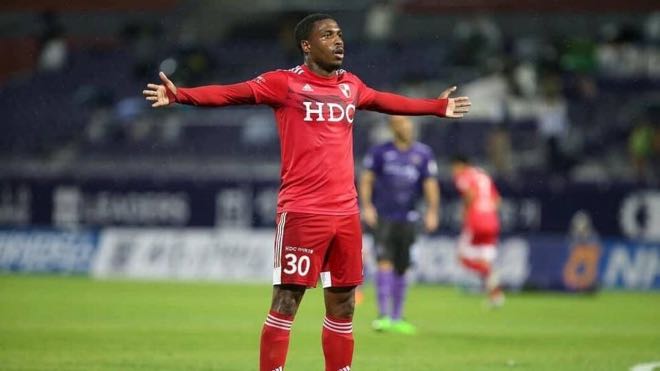 Odisha FC signs Brazilian striker Diego Maurício ahead of the seventh edition of the Indian Super League (ISL 2020). The Brazilian signed a one-year contract with the Bhubaneswar-based side on Monday.

Welcoming Diego Maurício at Odisha FC, head coach Stuart Baxter said, “We are delighted to secure the services of Diego. He is a player who can both combine with his teammates and also create chances on his own. When he gets to know the squad he will be a major asset for us.”

After signing for Odisha FC, Diego Maurício, “I am very excited to have joined Odisha FC and I look forward to work with Coach Stuart Baxter. I have heard and read a lot of interesting things about the young Indian players at Odisha FC, the Juggernauts and India as a country. This project excites me a lot and I am coming with the aim to win the league.”

The 29-year-old striker has the experience of playing at many top football leagues around the world. He made his senior club debut for Brazil’s Flamengo in 2010 where he linked up with football legend, Ronaldinho.

Diego Maurício has played for other Brazilian teams like Sport Club do Recife, Bragantino and Centro Sportivo Alagoano. The Rio de Janeiro-born forward was part of Brazil’s talented U-20 squad and played in a team that boasted of superstars like Phillipe Coutinho, Casemiro, Oscar, Felipe Anderson, Firmino and the mercurial Neymar.

Blessed with power, pace and sublime dribbling skills, Diego’s main attributes lie in his direct approach and his ability to play anywhere across the forward line.

He has travelled around the world playing in South Korea for Busan IPark and Gangwon FC, Saudi Arabia for Al Qadisiyah, Portugal for Vitoria FC, Russia for FC Spartak Vladikavkaz and China for Shijiazhuang Ever Bright FC.