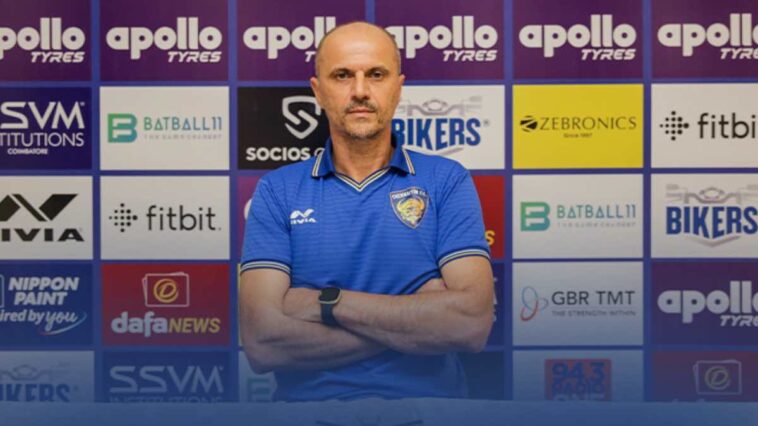 Chennaiyin FC have parted ways with their head coach Bozidar Bandovic with immediate effect, the club announced on Friday. Chennaiyin FC have appointed assistant coach Sabir Pasha as his interim replacement, till the end of the season.

The two-time champions dropped down to the eighth spot in the 11-team table, and hopes of a playoff spot in the 2021-22 Indian Super League (ISL 2021-22) have diminished significantly.

Under the Montenegrin coach, Chennaiyin FC managed five wins, four draws and seven losses after 16 matches. However, it was the recent humiliating loss to FC Goa, the club’s worst loss in its history, that prompted the club’s management to sack Bandovic.

“Chennaiyin FC and Bozidar Bandovic have mutually parted ways following their 0-5 defeat to FC Goa in the Hero Indian Super League on Wednesday – the heaviest loss endured by the club in its history,” the club said in a statement.

“Bozidar Bandovic was in-charge of the first-team for 16 matches – winning five, drawing four and losing seven. The team’s assistant coach Syed Sabir Pasha will take over in the interim. Pasha has served as the assistant coach to the first-team since 2017. The former India international turned out for Indian Bank in his playing career from 1991 to 2007,” the statement read.

“Over the years, we’ve lost and won. But, as a club, losing like this is something we cannot stand by and watch. And for now, we have full confidence in Sabir to see the season through,” co-owner Vita Dani stated.

Bozidar Bandovic came to India on the back of a highly successful stint in Thailand with Buriram United.