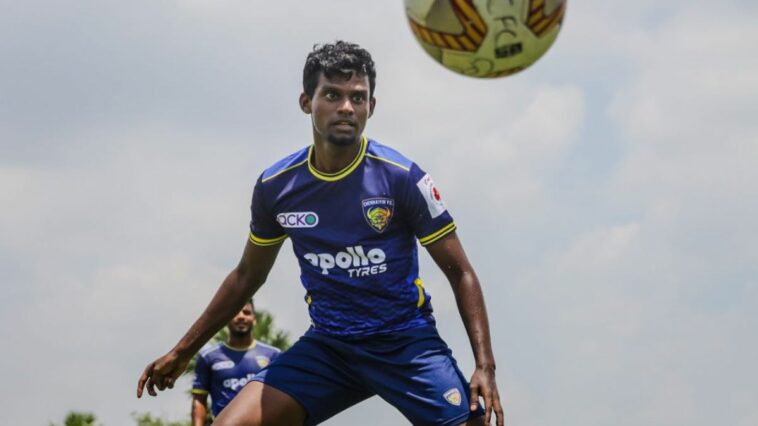 Chennaiyin FC have signed local boy Ajith Kumar from Bengaluru FC ahead of the upcoming season of the Indian Super League (ISL 2022-23). The Chennai-born defender will be joining his home side following a two-year stint at Bengaluru FC.

“Feels good to come back to Chennai, but this time as a Chennaiyin FC player. I can’t wait to play in front of the home fans,” Ajith expressed his excitement on returning to his home city.

Welcoming Ajith into the club, Chennaiyin FC co-owner Vita Dani said, “We always love it when we bring a performing Chennai player back to this city and that’s exactly what Ajith Kumar is.”

The 25-year-old, who usually plays in the left-back position, featured in 13 matches in the last two Indian Super League seasons for Bengaluru FC. He also played in four AFC Cup as well as five Durand Cup matches for them.

Ajith is returning to the city where he began his professional career. In 2018, he made his professional debut with Chennai City FC and went on to play a crucial role in the club’s maiden I-League title-winning campaign, appearing in all 20 league games.

During his two-year stint with Chennai City, Ajith made 42 appearances across competitions, including Super Cup and AFC Cup.